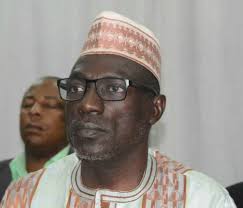 Ahmed Makarfi, former Governor of Kaduna State and also former Caretaker Chairman of the opposition Peoples Democratic Party, PDP, has joined the band of Nigerian presidential contenders who have indicated that they would bow to popular pressure to initiate the process of restructuring the federation if elected.

This is even as the countdown to the 2019 polls process intensifies with the formal flagging off of the collection of nomination forms in accordance with the INEC register kicks off on August 18.

Makarfi was speaking during a consultation visit to the members of the Enugu State chapter of the PDP where he also counselled the party and its members against choosing an unpopular candidate to fly its flag in the forthcoming 2019 presidential polls.

Enyimba Stadium to be ready soon