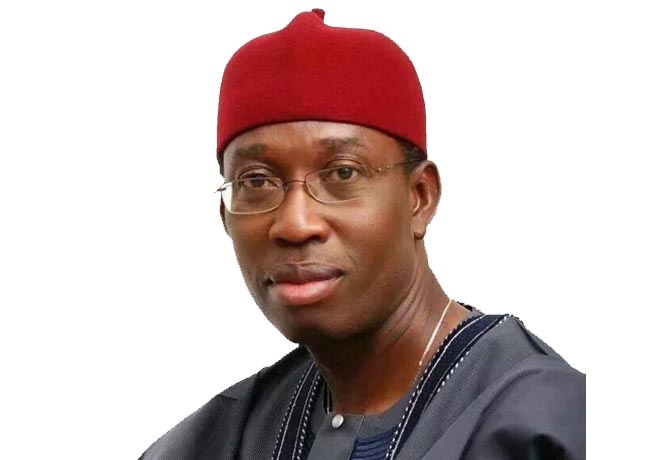 Incumbent Governor of Delta State, Senator Ifeanyi Okowa and maverick businessman, Chief Great Ogboru are the front-runners for the 2019 gubernatorial elections in the oil-producing state, The Difference has learnt.

Feelers from the state indicate that given developments in the state and country recently, the duo are now primely placed to engage each other in the forthcoming polls.

And should this projection be formally carried through in the forthcoming party primaries, that would mean the end of another attempt by the scholar and critic, Professor Pat Utomi to secure another elective office in the land. Also losing out in the permutations is the businessman, Otega Emerhor.

One of the conflating outcomes of the current shift is the fate of Pat Utomi, who had contested for the presidency previously, is already in the race for the governorship seat as an aspirant on the platform of the All Progressives Congress, APC, and who until now is believed to already be enjoying the support-in-principle of President Muhammadu Buhari and APC National Leader, Bola Ahmed Tinubu. .

Ogboru, who is also said to be reaching out to the presidency through his close ally and Senator representing Delta Central, Ovie Omo-Agege, is expected to formally enter the race next week. He would on this occasion be running for the same office for about the 6th time.

Whichever way the contest goes, analysts hazard that it indeed promises to be a quite testy one.

Unease in the Plateau as suspected herdsmen strike again!