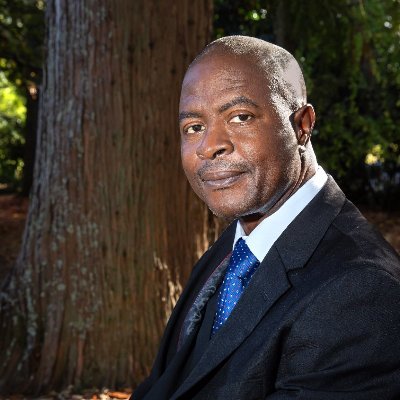 Africa and the Idea of the University

Why do universities around the world require the donning of academic gowns that look like the Danshiki, Babariga, or Kosankosa of Africans? The modern university originated in Africa with its inception in 859 AD at Fez, Morocco, by Fathima, a Muslim woman, and it continues today as the oldest university in the world named in 1965,  University of Al Quaraouiyine. This was followed in 989 AD in present-day Mali by the Mosque of Sankore or Timbuctoo which doubled as a higher learning center or Madrasa still known as the University of Sankore or Timbuctoo.

By comparison, the first university in Europe is the University of Bologna which started in 1088 AD and was indirectly modelled after the University of Sankore by being situated in a Cathedral institution or church with the aim of training priests in the study of the entire universe by the Catholic church that still calls itself the universal church, hence the Italian title, universitas or university (whole universe) – a term that was also used to describe global business establishments.

Some scholars misunderstand this term and therefore suggest that the multiversity is a better term for the university because there are different kinds of universities with different disciplines, epistemologies, methodologies and theories but they are mistaken because all those studies and methods relate to the one and only universe. Europeans are also mistaken when they assume that Eurocentrism or ethnocentrism is the only valid or universal epistemology, given that Afrocentricity is more valid by placing Africa at the center of studies about Africa without assuming that all studies of the entire universe must be centered on Africa – Afrocentrism.

The classical African system of education in ancient Kemet or Egypt obviously paved the way for the modern study of the entire universe by establishing a similar body of knowledge at the Royal Temples and libraries built by the multi-genius polymath, Imhotep, with writing and learning in all fields – Medicine, Architecture, Philosophy, Astronomy, Algebra, Chemistry, Athletics, Politics, Religion, etc. according to Cheikh Anta Diopin Civilization or Barbarism and according to George James on Stolen Legacy: The African Origin of Greek Philosophy.

The ancient Greek philosophers were all known to have studied in ancient Egypt for dozens of years and Europeans had a 16th century saying based on the writings of Pliney the Elder (23-79 AD) that testified to this view of Africa as a mysterious place: ‘Africa Always Brings Us Something New’. According to Derrida, Plato earlier quoted his teacher, Socrates, as saying that Africans invented writing as a kind of medicine for healing the sick with a warning that patients should be careful not to take an overdose lest the Pharmakon or cure becomes a poison. Aristotle was known to have written nothing until he accompanied his student, Alexander the Great, to invade Egypt and loot the library at Alexandria before he published over 40 books in a few years, most of the contents being found in papyri of the Egyptian Mystery School that dated thousands of years before there was any culture known as Greek.

Europeans tried to hide the fact that even the Greeks regarded the African philosophy as offensive and therefore executed Socrates, sold Plato into slavery and exiled Aristotle for teaching foreign ideas. Europeans mounted a propaganda that only Europe had a literate culture while other cultures had oral traditions. Hegel and Levi-Straus claimed that literacy was what made Europeans superior to all other cultures. Habermas claimed that African cultures were ‘pre-civilizational or pre-literate’ in terms of his Theory of Communicative Action. The only pre-thing that African culture is can be said to be pre-European.

The African-born philosopher, Jacques Derrida, challenged such notions of white supremacy by reminding everyone that writing was not invented by Europeans but by Africans and that when human beings evolved in Africa and then migrated to the rest of the world 200,000 years later, they took writing with them by giving names to themselves, which is an indication that every culture engages in writing in general, or aspects Of Grammatology. Edward Said agreed that the idea of Orientalism as a condescending reference to the East by the West is mistaken because the huge contributions to universal knowledge from Orient cannot be denied by the Occident.

The difficulty for Africans is that hundreds of years of being denied universal education while being enslaved and colonized by Europeans have resulted in underdevelopment. The modern university is therefore assumed to have been introduced by Europeans to Africa as part of the civilizing process of colonization. But Walter Rodney warns that the colonization of Africa was designed to mis-educate Africans and to underdevelop Africa to facilitate European exploitation given that after hundreds of years of domination, the colonizers failed to educate a sizeable number of university graduates to lead the development of Africa. It took the initiative of pioneers like Edward Blyden who rose from survivors of slavery to acquire universal knowledge and return to Africa to teach that indigenous African knowledge was not inferior to Eurocentrism.

Similar figures like Aggrey, Du Bois, and Garvey inspired the great Nnamdi Azikiwe, Zik of Africa, to venture across the Atlantic in search of the Golden Fleece of knowledge for service to our people. On his return, he published Renascent Africa and set up newspaper chains with which he trained young journalists to become public intellectuals while he sponsored or inspired the education of the Argonauts like Kwame Nkrumah, K. O. Mbadiwe, Nwafor Orizu, Mbonu Ojike, and many more who confessed that they were inspired by Zik of Africa to go abroad for their advanced learning in order to be equipped for the struggle for the restoration of independence.

The European colonizers believed that Africa was not ripe for universities, as if we were some kind of bananas. It took a lot of pressure from the Zik Group of Newspapers to persuade them to set up Colleges of the University of London in Ibadan and Accra with very few opportunities for the increasing population of students desiring higher learning. As soon as the colonizers allowed self-rule, Azikiwe took the initiative to build the first indigenous full-fledged land-grant university in Nigeria in 1955 and he called it The University of Nigeria, Nsukka, with the motto: To Restore the Dignity of Man. It was modelled after US universities and became the very first to offer courses in Business Administration and Electrical Engineering, as opposed to emphasis on the European Classics at the University College, Ibadan, which became autonomous only in 1963.

The Northern and Western Region governments followed the example of Azikiwe by building what became Ahmadu Bello University of Zaria and the University of Ife, now Obafemi Awolowo University, while the Federal government built the university of Lagos to meet the yearning for universal learning across the country. The University of Nigeria soon set up branches in Calabar (now the University of Calabar) and the Aba Campus for Nigerian Languages while the Enugu Campus hosts the Faculties of Law, Medicine and Business Administration. Other independent African countries also quickly established their own universities or upgraded university colleges such as the ones in Makerere in Uganda, Nairobi in Kenya, or Fourah Bay College in Sierra Leone to serve as full universities.

The apartheid regime in South Africa continued with the Bantustan education policy that reserved poorly funded institutions for the African majority until the emergence of majority rule under Nelson Mandela before many of the polytechnics were upgraded to universities. Yet the African National Congress government of the new South Africa continued to increase tuition fees, forcing students to launch a campaign saying that Fees Must Fall, Rhodes Must Fall, and the universities must be decolonized in line with the teachings of progressive intellectuals led by Fanon in Algeria in the 1950s-1960s, by Steve Biko in the 1970s, and by Walter Rodney at the University of Dar es Salaam and the University of the West Indies in the 1960s-1970s.

The universities in Africa today remain thoroughly colonialist in orientation. The French universities in parts of Africa remain tied to the intellectual colonialism of France despite the heroic theoretical efforts of Leopold Senghor and Aime Cesaire, Cheikh Anta Diop, and by Mudimbe. One aspect of colonialism that remains is the domination of university administration and the professoriate by men trained in the colonial education system with little or no room for women at the top, according to CODESRIA which builds a network of African universities and links them up with Africa Diaspora scholars for mutual benefits.

When some women are appointed as Vice Chancellors they operated with the assumption that they must support oppressive patriarchy against progressives in order to retain their positions. Hopefully, the recent appointments of the first female VCs at the University of Calabar and at Imo State University would not be seen as a mandate for the repression of progressive intellectuals on the campuses. Instead, Madam VC should be supported to advance decolonization by, for example, endowing a prize for the best doctoral dissertation written entirely in indigenous languages in any field. No country has ever industrialized by relying on the languages of colonizers.

The Murtala/Obasanjo administration introduced tuition-free university education in Nigeria but the emergence of state universities (started by Jim Nwobodo with Anambra State University of Technology in 1979 quickly followed by Sam Mbakwe in Imo State in 1980, both under the party leadership of Azikiwe, and then by Ambrose Ali in Bendel State under the leadership of Awolowo) and private universities forced university administrators to roll back the tuition-free programmes even in federal universities today as ASUU laments.

The universities across Africa should adopt this policy of publicly funded education to make education at all levels tuition-free the way that ancient Africans exemplified when there were no fees charged by the Royal Temples of Imhotep nor by the University of Sankore, contrary to the austerity conditionalities imposed by IMF loans. Education funding should be raised to 26% of the GDP for this purpose or raised even higher as Azikiwe did in Eastern Region in the 1950s which persuaded Awolowo to launch free primary school education in the Western Region to catch up with the East, he said. Cuba offers a better model of free education at all levels today.

African intellectuals should be supported with generous funding for research from the governments and the private sectors across Africa the way it is done around the world. The Mo Ibrahim Foundation should redirect the Africa Leadership Prize away from corrupt politicians and share the prize money to scholars in different fields across African universities to encourage more innovation in the pursuit of knowledge of the entire universe. The universities should establish outreach to artisans, market women, farmers and artists to learn from the ingenuity of our people and share the fruits of systematic study more widely.

Dr. Agozino is a Professor of Sociology and Africana Studies at Virginia Tech, Blacksburg, VA 24061, USA. He is the author of Black Women and the Criminal Justice System and of Counter-Colonial Criminology, Editor-In-Chief of the African Journal of Criminology and Justice Studies and co-editor of Routledge Handbook of Africana Sociologies.