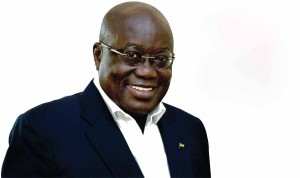 Participants at the third #FocusNationAfrica summit convened by The Difference Newspaper in Lagos on Wednesday have canvassed the need for African states to continue to work on removing all legislative and institutional bottlenecks that continue to impede plans to increase the quantum of intra-regional trade on the continent.

Building on a United Nations Economic Commission for Africa, UN-ECA report that the proposed African Continental Free Trade Agreement, AfCFTA, had the potential of boosting intra-regional trade from its present 7-16 per cent to a new level of 52 percent within 4 years from its inception, they urged managers of the economy in African nations to cooperate and ensure that these benefits do indeed get to the continent.

They lamented the failure of Nigeria and five other African states to sign the treaty even as they remarked that it was indeed the more ambitious, if not fastest growing African nations that have not only signed the treaty but also gone ahead to complete the second and third phases of the process through getting their national parliaments to endorse the treaty and then deposit same at the African Union, AU secretariat at Addis Ababa, Ethiopia. 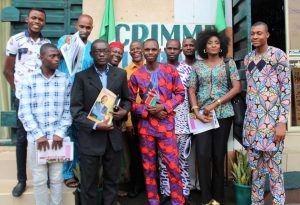 Cross section of participants at the event

Drawing upon the outcome of a trip he had made to Kenya, the media executive and bibliophile, Raphael James revealed that African nations like Nigeria do indeed need to go over to a country like Kenya to get a proper grounding on how to grow and build their tourism sector.

Speaking on her experience in the West African regional economic bloc, the tourism practitioner, Sandra Mafe Olufunmilayo noted that there were indeed so many bottlenecks that made it difficult for Africans to do business together across their respective national boundaries at the moment. She called for concerted efforts to ensure that these limitations were addressed to the overall benefit of all.

Announcing the programme for 2019, the convener of the series, Mr. Richard Mammah revealed that plans were already underway to increase the number of events to be hosted in the incoming year from 4 to 21.

Another development at the summit was the formal announcement of the final shortlist for The Difference Newspaper’s annual #AfricanLeaderoftheYear award. They are President Paul Kagame of Rwanda, President Nana Akufo Addo of Ghana and Prime Minister Abiy Ahmed of Ethiopia. They were chosen from an initial long-list of nine that had also included several other well-regarded leaders from the continent. They are King Mohammed VI of Morrocco, President Alasane Ouattara of Cote d’Ivoire, President Macky Sall of Senegal and President George Oppong Weah of Liberia.

The process which began with a bout of public voting before a screening exercise by the board of The Difference now goes into a two-week session of further balloting by members of the public (across designated social media platforms), following which the board of The Difference would then meet to review the vote outcome and then go ahead to announce the eventual winner of the 2019 award.

The 2017 edition of the annual award series was bagged by President John Magufuli of Tanzania.

More trouble for South African Airways as CEO wants out