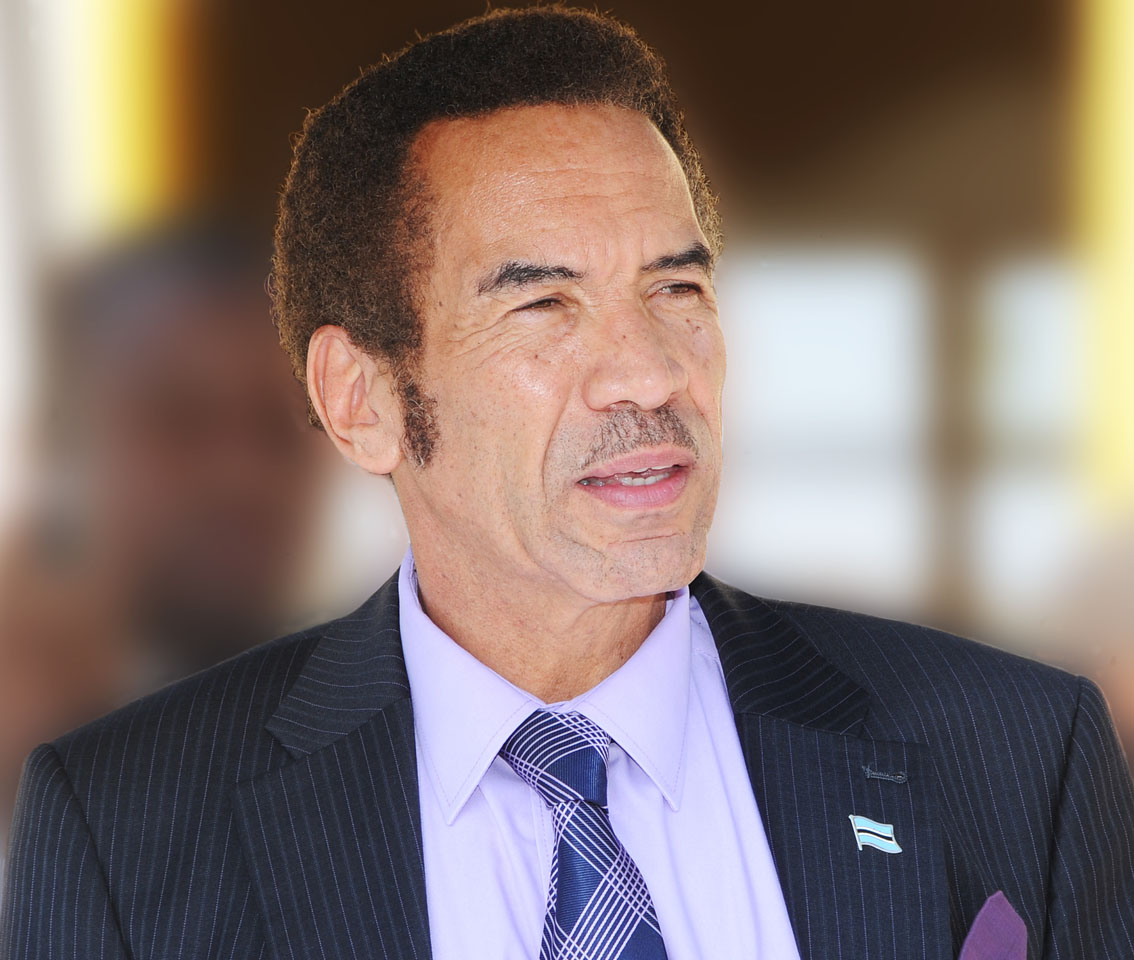 Ahead of its 50th Independence celebrations scheduled to take place on  Friday, September 30, the Government of Botswana has reshuffled its cabinet.

The reshuffle which comes as part of the nation’s Golden Jubilee celebrations involves minor and major changes. As announced by the Permanent Secretary to President Seretse Khama Ian Khama, 18 senior ministers will comprise the new cabinet.

One of the notable survivors in the reshuffle is last July’s front-runner in the race to pick a successor to African Union chairperson, Dlamini Nkosazana Dlamini-Zuma, Dr. Pelonomi Venson-Moitoi who retains her position as Minister of International Affairs and Cooperation.

And in a related development, despite his recently celebrated face-off with Botswana President, Ian Khama who had urged him to step down in favour of a younger leader, Zimbabwe’s 92-year old President Robert Mugabe is insisting on personally showing up Friday in Gaborone as his Southern African neighbour marks its 50th Independence anniversary.

Botswana had secured its Independence from the United Kingdom on 30 September 1966 and has a population of 2,155,784 people. A landlocked country, it has maintained a strong tradition of stable representative democracy, with a consistent record of uninterrupted democratic elections.

It is bordered by South Africa to the south and southeast, Namibia to the west and north, and Zimbabwe to the northeast and Zambia to the north.

One of the most sparsely populated nations in the world, it was formerly one of the poorest countries in the world—with a GDP per capita of about US$70 per year in the late 1960s. Today however, the country has been transformed into one of the fastest-growing economies in the world.

The economy is dominated by mining, cattle, and tourism. Botswana boasts a GDP (purchasing power parity) per capita of about $18,825 per year as of 2015, which is one of the highest in Africa. Its gross national income is the fourth-largest in Africa.

The country has been among the hardest hit by the HIV/AIDS epidemic. Despite the success in programmes to make treatments available to those infected, and to educate the populace in general about how to stop the spread of HIV AIDS, the number of people with AIDS rose from 290,000 in 2005 to 320,000 in 2013.
President Ian Khama

Polls: Ghanaian party may be axed