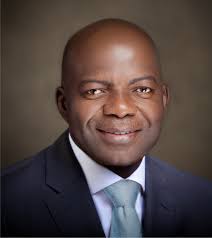 Former Managing Director of Diamond Bank Plc, Dr Alex Otti has emerged once again as the gubernatorial flag-bearer of the All Progressives Grand Alliance, APGA in Abia State.

Otti was declared winner at the close of the contest held at the Ikot Ekpene Road State Secretariat of the party in Umuahia on Friday.

Otti had contested for the office of governor of the state in 2015, and had already secured a vital head-start before going on to lose narrowly after elections were conducted twice in some polling units in the state.

Incumbent governor, Okezie Ikpeazu has already been affirmed as candidate of the Peoples Democratic Party, PDP, with Mr. Uche Ogah flying the flag of the All Progressives Congress, APC.

Beginning with Orji Uzor Kalu in 1999, candidates of the Peoples Democratic Party, PDP have almost always been declared as elected and subsequently sworn in to pilot the affairs of the South Eastern State.