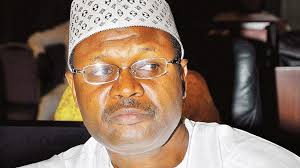 A former Army Chief and Defence Minister, General T.Y Danjuma (retd) has added his voice to that of several other eminent Nigerians and political players who are raising the alarm of a plot to rig the 2019 General Elections in the country.

Speaking at an event in Takum, Taraba State, the soldier-turned-business-mogul charged voters to be vigilant and ensure that they are not provoked into acts of violence. He also cautioned them not to give in to pressures from political opportunists to sell their votes or PVCs.

Danjuma’s call is coming only days into a similar revelation from former military and civilian head of state, Chief Oludegun Obasanjo.

The 2019 General Elections in Nigeria are scheduled to hold on February 16 and March 2.

Why Africa must call Zimbabwe to order now