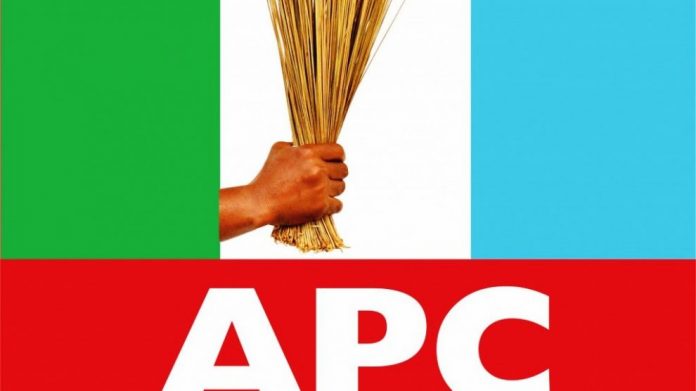 Giadom gets an edge as APC fights for its life

Nigeria’s ruling All Progressives Congress, APC is embroiled in a fight for its life and feelers are that if not properly handled, this could be the beginning of the end of the party.

In a spirited move to douse the raging fires, the party would be holding a crucial meeting in Abuja tomorrow which the Presidency has confirmed, President Muhammadu Buhari would be attending.

One of the critical issues to be discussed at the meeting is the party’s preparations for the Edo governorship polls scheduled to hold in the next few weeks.

With just about five days to the submissions deadline by the Independent National Electoral Commission, INEC for the receipt of names of candidates for political parties at the polls, it is clearly going to be a race against time for the party and its leaders and members.

Also to feature is the issue of the leadership structure of the party, following a spate of suspensions and sacks that has left several contenders claiming to being in charge of affairs at the party.

The crisis has since resulted in the party’s loss of its hold over the Government of Edo State, which has presently been claimed by the rival Peoples Democratic Party, PDP, following the defection of Governor Godwin Obaseki, his deputy, Philip Shuaibu and several other parliamentary and council chiefs to the PDP. It has also seen to the suspension of its erstwhile substantive National Chairman, Mr. Adams Oshiomhole.

One of the contenders to the position of Acting National Chairman of the party at the moment, its former Deputy National Secretary, Chief Victor Giadom is the formal convener of the meeting that is being held virtually from the precincts of the Presidential Villa in Abuja.

It was yet to be determined as at press time if the ‘National Leader’ of the party, Asiwaju Bola Ahmed Tinubu, whose camp had openly thrown its weight behind former Oyo Governor, Senator Abiola Ajimobi to hold the reins as Acting National Chairman of the party would be attending the meeting.