By Editorial
424
0
Share:
And Nigeria, AU cannot be neutral! 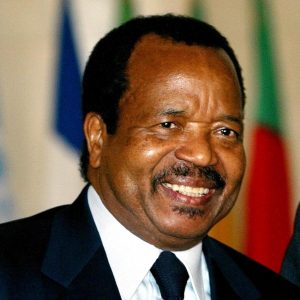 The crisis in Cameroon’s Anglophone region is developing in a most disturbing way and Nigeria and the African Union cannot afford to be neutral.
For years, the people of the Anglophone regions of Cameroon have complained over the injustices they have suffered on account of their lopsided union with their Francophone neighbours following the 11 February, 1961 UN-administered plebiscite.
Currently, this has escalated into the declaration of an Independent Republic of Ambazonia and a low-intensity civil war with troops being deployed into Anglophone towns and villages and accusations of cross-border crossings by anglophone fighters into neighbouring Nigeria.
Also related is the deepening refugees crisis. Already, Nigerian officials have collated a tally of 28, 000 refugees across the past seven weeks! For a country that is itself awash with internal displacement issues, the toll is clearly expanding.
Clearly, all of this reinforces the view that when local conflicts of this nature are not properly and proactively tackled as they emerge, they sadly also could evolve into a more unpalatable scenario where other nations and indeed sub-regions regions get sucked in.

To be sure part of the challenge is political as perhaps the most anticipated presidential election in Africa next year will be that of Cameroon which is scheduled to hold in October 2018.

As things stand presently however, it will not be a contest and this may very well be part of what is fuelling the tensions. As we have also seen in Togo for some four months running, the younger generations of Africans are electing to have a more determined say in who governs them, on what terms and for how long.

From North Africa to the Gambia, Zimbabwe to Togo, younger Africans who have since come to be the leading demographic and consequently, democratic force in the continent are insisting that they must play a more frontal role in their national affairs. Even in Nigeria, the prognosis is that young voters will ultimately decide who gets to be elected president in the 2019 polls.

In the precise instance of Cameroon’s 2018 presidential contest however, there is indeed a very depressing scenario in which 84-year old President Paul Biya – who has been in the presidency since 1968 and has particularly served as President for 35 years now – is very likely to be re-elected for another seven-year term and to continue winning for as many times as he can yet run, following a 2008 constitutional amendment that removed term limits from the process.

As for the present-day Anglophone protesters, they have very little negotiating room, as unlike is the case with the Nigerian constitution that for example compels candidates to make a show of reaching beyond their immediate enclaves to seek fairly broad countrywide alliances, in Cameroon, the president is elected on the ‘first-past-the-post’ voting method in which the candidate with simply the most votes is declared winner!

There is no compulsion to achieve a majority of the votes cast in the elections or to further demonstrate broad geographical and national appeal and acceptance.

It is a really tough call and the least that neighbours like Nigeria and adjunct institutions like the African Union can do is to continue to stridently impress it on the authorities in Cameroon to ensure basic observance of human rights, fidelity to electoral processes and sensitivity to the mood of its own people.