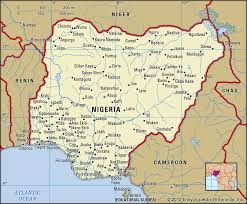 In the first part of this series I had unmasked the various types of scams beleaguering the masses of Nigeria and how they have been losing money to scammers. In the course of my investigation I discovered that the scammers seem to be a step ahead of the people all the time and will use any event or even calamity to ply their nefarious trade.

Did you for example notice that the outbreak of Covid 19 and the accompanying need for palliatives gave some scammers an idea to fleece people using the banking system?

Lagos businessman Ifeanyi Okeke told the Difference Newspaper how he got a call from a man who gave him details of his account and said that he needed to transfer thirty thousand naira to him, being his share of approved government palliatives. The scammer who may have an insider in the bank in question said he needed the last four digits of his ATM card to complete the transaction. But he had met his match in the businessman who gave him a run on his time by pretending to be playing along with him while ensuring that the scammer lost valuable airtime in the process. At the end of the day, the scammer was forced to cut off the call, having realized that he was not dealing with the classic ‘mugu.’

Another ignorant Nigerian could have been taken in by the scammer’s antics, thinking that he was dealing with a real bank official and unwittingly release details that will be used to fleece his account. But it was not so with Okeke who was already wise in their ways and could almost casually spot about the most experienced scammer from the second word that came out of his mouth.

Bankers tell tales of receiving sundry complaints from depositors over how they lose their hard-earned money at the hands of these scammers. When they succeed in their nefarious activities, they immediately withdraw the funds at the counter and disappear. Some Nigerians keep vital information in their phones. There are criminals who target phone users, use the information in their phones and remove monies before the owner even tries to block the SIM cards.

A Lagos-based Pastor in an interview told us that the phone through which he receives bank alerts is usually kept at home. This is one way of preventing his money from being stolen but one type of criminality we discovered is that of criminals buying stuff, pretending to transfer the money, and carting away the stuff but the seller never gets the money even in situations where he may have gotten an alert for the money transferred. In the heat of the seller thinking he or she has closed that deal, he could forget to examine the alerts critically to see if truly a transaction has been properly concluded.

One clue here is that so-called ‘bank alerts’ from scammers do not carry the balance of the account. Whilst they can con sellers with fake alerts they don’t know the bank balance of the account owner and hence cannot build it into the alert. It’s after they leave and the account owner tries to withdraw the money via ATM that he would discover that the money never hit his account in the first place. The scammers use elderly men and women to perpetrate these sorts of crimes and one of the sure-fire ways to avoid criminals of this hue is to insist on being paid in cash. Indeed, it’s usually quite difficult catching these types of criminals.

In the last outing also, we had mentioned a crazy Ponzi scheme where people are promised under the scheme that they would receive 100% of their investments in four hours; some say seven days. They make it look like the more money you invest the faster you will be paid and they usually use social media platforms like Whatsapp, Instagram, Facebook and Telegram to perpetrate these scams. When you ask where they will invest your money, the response is usually: foreign exchange trading or crypto-currency trading.

And now here’s the caution. Though forex and crypto-currency are now valid means of exchange in today’s world but there is a technicality that is involved that only a few know about but many use to defraud people. There are genuine businesses involved in the highly risky foreign exchange businesses but these scammers are so adept at spoiling all types of legitimate businesses that people are now very afraid when they hear the words: ‘forex trading.’

On its part, crypto-currency is another ball game. Though the blockchain technology that enables it is generally very safe but not many ordinary people can navigate their way round it so ignorant people lose money while others smile to the bank. Mike Ofili a Lagos businessman told the Difference Newspaper that he has lost so much in the hands of scammers from the days of MMM, GHW, Twinkas and co in the past, and also in recent times at the hands of forex traders and so called investors in crypto-currency.

However there is good news. There is a way out for Nigerians to recover their money from scammers. A lady posted a video in which she itemized how she recovered her N18, 500 paid to an online scammer she met on Instagram who promised to sell children’s clothes to her. She transferred the money to her but rather than the clothes she was blocked on the usual means of social media communication. She took the matter up. She visited the bank of the scammer and was told what to do. She made sure she wrote down the details of the transaction, the amount paid and to whom. She went to court and obtained a standing order against the account. The moment any money entered the account, her money was reversed to her as per the order she had secured from the court!

Scammers can no longer eat their cake and still have it. When a Nigerian is scammed through a bank, he or she now knows what to do to recover his or money. Scammers will no longer be allowed to freely enjoy the fruits of their scamming. It is indeed now ‘the day of the owner of the house.’ 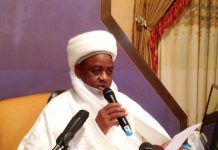