‘Governor committed to Independence of Judiciary’

The leader of the Enugu State Judiciary has commended Governor Ifeanyi Ugwuanyi for his commitment to upholding the sector’s independence and the provision of the enabling facilities for justice to thrive in the state.

The State Chief Judge, Justice Ngozi Emehelu, made the commendation at the State High Court during the opening of a four-day workshop for the Justices of the State Judiciary.

“This is the second time  in a space of less than one month that His Excellency has honoured our invitation. The first was on 9th of May 2017 when he commissioned the 200 KVA and 150 KVA sound proof generators for use at this judiciary headquarters which he graciously provided for us and which have provided the enabling environment for Judges and other staff to discharge their duties. The second one is this opening ceremony of the training/workshop for Hon. Judges of Enugu State Judiciary,” she noted.

Justice Emehelu said the governor’s interest in the welfare of the judiciary has engendered harmonious relationship among the three arms of government.

According to her, “indeed I did make the point at the commissioning of the said generators that under the able leadership of His Excellency that the Executive, the Legislature and the Judiciary have continued to enjoy harmonious working relationship which has engendered mutual respect, peace and unity in this state”, Justice Emehelu noted.

She pointed out that the training and retraining of the judges was part of the innovation towards equipping the judiciary with the requisite knowledge involved in the dispensation of justice and urged the beneficiaries to avail themselves of this opportunity.

Declaring the workshop open, Governor Ugwuanyi represented by his deputy, Mrs. Cecilia Ezeilo, re-affirmed his administration’s commitment to the ideals of separation of power s, adding that the importance of the judiciary cannot be overemphasized.

“It is a known fact that the judiciary plays a very important role in the country’s democracy and this is why the present administration in the state is determined to do all the needful in ensuring that this arm of government stands firmly to enable it discharge its duties creditably”, the governor stated.

He urged the judiciary to be steadfast in the discharge of its duties and assured the staff of his administration’s readiness to provide all the needed amenities towards achieving the noble objective. 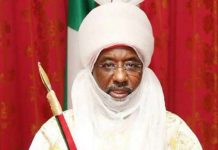 Deportation of Almajiris: Scratching the surface 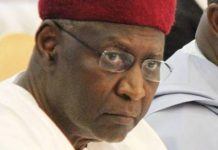 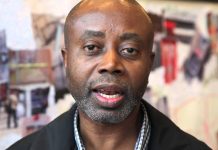