The Lagos-Badagry-Seme express road is no doubt one of the very important routes in Nigeria as it leads to several other West Africa countries, among which are Benin, Togo, Ghana and Cote D’Ivoire. It is the Nigerian section of the Trans–West African Coastal Highway.

Being an international road should make the route one of natural government focus as it will definitely tell more about the country when foreigners come in. This is in addition to its also being a quite busy business route that is used for importation and exportation of goods and products.

The Difference correspondence who recently visited the road discovered that many traders from neighboring African countries come most notably to the famous Alaba International market which is located on this corridor to buy electrical appliances. Also some other locally produced items are also exported through the route just as Nigerians equally go to these other countries to buy varieties of items.

The poor state and rate of congestion of the road led to an initiative to expand the four-lane road to a 10-lane road with a light rail facility sandwiched in-between. Yjis plan was mooted during the Bola Tinubu administration with work starting under the former Lagos state Governor, Babatunde Fashola in 2009. The initiative was borne out of the need to ease traffic along the route and upgrade the infrastructure.

At that time also, the multi-billion Naira project was seen as a rare opportunity to open Lagos to further economic opportunities in West Africa.

Reports available as at the beginning of the construction says the road had been divided into three sections. The first phase from Eric Moore in Lagos to Okokomaiko (Channel zero to 20) is being handled by the Lagos State Government.

The second phase- Kilometre 20 to 32 (Okokomaiko- Agbara) is being undertaken by FERMA while the Federal Ministry of Works is to handle the largest chunk of the project from Agbara (kilometre 32) up to the Seme Border post.

According to the schedule, the Okokomaiko to Marina segment of the road expansion project (also tagged Light Blue Rail) was expected to be completed by December 2014 and projected to transport over 19.2 million Lagosians annually.

The project, which aimed at making transportation faster, convenient and more efficient, was initially estimated to gulp at least N170 billion ($1.12 billion) covering both design and construction from Marina to Okokomaiko.

As at the beginning of the road construction exercise, the project were handled by China Civil Engineering Construction Corporation (CCECC) which started work even as properties affected by the development were demolished. Like a dream come true, the first phase of the road was completed and road users were excited, hoping that with the completion of the road, the Lagos-Badagry express road would be a truly international road with good amenities.

After the tenure of Fashola, Governor Ambode was elected into office in 2015 and the road construction exercise was halted almost throughout the tenure of the immediate Governor.

During this period, Lagosians plying through the roads witnessed hardship as the road was almost not motorable, especially during the raining season.

The cry of Lagosians forced many media outfit including BBC to do reports on the state of the road which had forced many car owners to abandon their cars at home even as there were also lots of accident on the road.

But after the expiration of Ambode’s tenure and his losing his bid to contest for a second term Babajide Sanwo-olu won as the Governor of the state and there were high expectations when the state government, on July 2, 2019, flagged off the continuation of the project which experienced low activities in the four years of the Ambode administration.
Governor Babajide Sanwo-Olu immediately after his inauguration, led a team to visit the site and promised to mobilise contractors back to site within one month. Specifically, the Agboju –Trade-Fair segment of the road project is in focus now as the contractor, CCECC, has returned to site and have since continued the work.

A recent visit to the area shows that the government has kept it promise as the road construction has begun and is divided into three segments and awarded to different companies.

The CCECC will stop work at Okokomaiko, which is where the WE (Wizchino Engineering) take up the road repairs and are to stop at Ajibade, area of Agbara.

The third phase of the road from Ajibade to Seme is being done by C Construction Company.

Work is currently ongoing on the road as motorists and residents are excited about the development but the clause in the road is that the 10 lanes will now stop at Okokomaiko while the other road to Seme border will now maintain its previous four lanes which is being repaired.

Overall, the roads is motorable now  but the recent border closure by President Muhammadu Buhari has slowed down the pace of business activities on the road, even as security personnel are all over the road and checking all vehicles to avoid the smuggling of banned goods.

This steps some have applauded as it makes many Nigerian product common in the market and boosting the Nigerian economy while some felt that the border closure has brought hardship on the country.

Speaking with some resident on their view on the road construction and border closure many gave diverse opinions.

On his part, Mr. Okon Philips says “ the border closure is a mistake on the part of government, they need to put in place alternatives before you can decide to stop an avenue, well, the government knows the people will always survive that’s why it does not carry the people along in their policy making”

He however praised the government on the road construction, “I am delighted work is on going on the road. Before now, I would keep my car at home but thanks the fairly good road, I can drive now. Also, the government should also have a second thought on the Okada ban, most people rely on them to get to their work places on time”.

Even as work is ongoing, and the government is being hailed questions are also being asked; when will the road be completed and will the Okokomaiko to Seme border stretch ever get the 10 lanes that it had ostensibly been promised at the beginning? And of course there are also concerns over what effect the approaching rainy season would have on the pace of work and even the work being done at the moment. 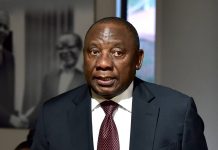