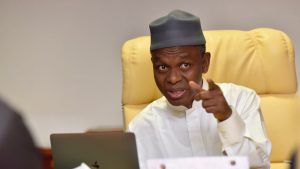 The recent outbreak of hostilities between contending groups in Kaduna and the subsequent imposition of a curfew took many by surprise, a National Youth Service Corps member who is presently deployed to the troubled state has revealed.

According to the corper, whose identity is being withheld here, the sudden imposition of the curfew meant that many people had to literally remain where they were at the time of its declaration or brave the odds to get to what they considered to be safer abodes.

He however affirmed that the coming of the curfew helped to douse some of the festering tension.

‘The curfew helped a lot because people were no longer on the streets which made it easier for the security agents to identify culprits. If there were many people on the streets, they would have been easy targets to shoot at or injure.’

Notwithstanding this relief however, our source noted that there were yet rumours that despite the curfew, some people still posed as military men and went on to kill innocent people in their homes on the same night that the reign of the curfew commenced. He immediately added though that these rumours were neither confirmed nor substantiated.

In the view of the corps member also, there was yet another downside to the imposition of the curfew:

‘The curfew to me is a great idea except that most people in Kaduna were not ready for it and so they did not have money or food items that they will survive upon. We are just hoping and waiting to sit the curfew out.”

Meanwhile, some reports suggest that the number of casualties in the ongoing crisis in Kaduna may have presently risen to 81.

The latest bout of violence and killing in the troubled North Western state reportedly commenced on October 19.

And shortly before going to press, the state government announced a five hour relaxation of the curfew imposed on the state capital to enable residents restock their supplies between one and five p.m. This has however attracted calls for caution by lobby groups, including the Christian Association of Nigeria, CAN.

In his view, CAN’s Kaduna State Secretary, Rev. Sunday Ibrahim argued that there was still subsisting tension in the state and that care should be taken to not allow mischief makers to capitalise on the relaxation to cause further mayhem in the city and state.

Official accounts from the Kaduna State Emergency Management Agency (SEMA) indicate that 23 people were killed in various parts of Kaduna metropolis during Monday’s reign of violence while other accounts add that as many as 55 people were felled in Karuwan Magani, when the violence began last Friday.

Enyimba in make or break challenge against Raja