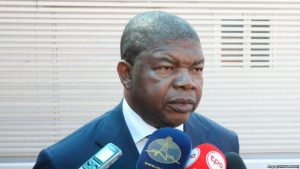 The countdown has begun for the November edition of the monthly #FocusNationAfrica summit convened by the pan-African newspaper, The Difference, alongside partners such as the CRIMMD Free Public Library, Lagos.

A statement from the organisation outlines that the event would have Angola as the Focus Nation while the theme for discussion is ‘Boosting Intra-African Travel: Experiences, Lessons and Proposals.’

The #FocusNationAfrica initiative is a monthly summit session that focusses attention on an African nation that is marking its national day within that month and discusses issues surrounding it and related pan-African subjects of interest to development enthusiasts, scholars, the media and the general public.It is part of a build-up to the flagship Lagos Africa Day Colloquium that is also hosted by The Difference on May 25 every year.

The Difference also runs a public poll at the close of every year to choose a serving ‘African Leader of the Year’ as well as publishes the quarterly ‘Africa Day journal’ as a companion publication to its newspaper.’

Ahead December polls: Will troubled Congo pull through?