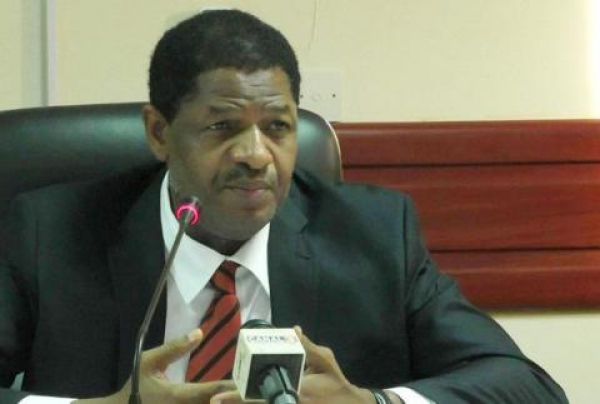 Concern mounts over possibility of Nnamdi Kanu getting similar victory The ruling by the ECOWAS Court Tuesday ordering the Nigerian authorities to promptly release detained National Security Adviser, retd Col. Sambo Dasuki, has thrown fresh spanner in the relationship between the West African leader and the sub-regional body.

In the ruling, the ECOWAS community court of justice declared the arrest and continuous detention of former National Security Adviser, Colonel Sambo Dasuki as unlawful and an arbitrary violation of his fundamental human rights and the African Charter on Human and Peoples Rights.

Delivering judgment on the suit filed by the former National Security Adviser against the federal government, the three-man panel of the court presided over by Justice Friday Nwoke, ordered the federal government to release him immediately having detained him illegally without trial since the November 5, 2015.

The court also ordered the federal government to pay the sum of 15 million naira as compensation to Colonel Dasuki for unlawfully detaining him, invading and seizing his properties without a valid search warrant or an order of a court of competent jurisdiction.

The court further held that investigating Colonel Dasuki for allegedly committing or planning to commit a crime is not enough ground to detain him for over seven months without trial.

The court held that it was an arbitrary claim that there were plans to destabilise the government.

The court also said that the applicant, like any other ECOWAS citizen, has a right to own and enjoy property without interference.

In his reaction, the lawyer to Colonel Dasuki applauded the verdict of the court and asked the federal government to obey the judgment.

Following the verdict, analysts reason that Nigeria may not be too enthusiasitc in meeting its obligations to the body. This is moreso when there is already concern that the country may suffer another defeat at the court in the next few weeks when ruling is expected to be given in the case involving the detained leader of the Independent People of Biafra, IPOB, Mazi Nnamdi Kanu.

Incidentally, the Dasuki blow is coming on the same day when the Economic of West African States disclosed that after a long period of lobbying, Nigeria had finally paid up $54 million to it as part of its obligation to the Community Levy for 2015.

The levy is used to implement programmes and projects in the sub-region and the fear now is that further payments for 2015 and 2016 may not come any time soon.

Meanwhile, the disclosure of the 2015 part-payment was made by the ECOWAS Commissioner for Finance, Mr Allieu Sesay at the Second Ordinary Session of the ECOWAS Parliament in Abuja on Tuesday.

Sesay was responding to questions from parliamentarians following the presentation of the Community Status Report by the Commission’s President, Mr Marcel de Souza.

The commissioner said that member states had begun to fulfil their financial obligations following consistent persuasion and enlightenment of governments by the commission.

He said, “A good number of states were not paying prior to 2016; we had some challenges in terms of members complying with some of our obligations but we were eventually able to persuade through consistent engagement.

“Luckily for us, the Nigerian government paid community levy for 2015 to the tune of about 54 million dollars and we are very grateful for that.

“Other member states, as well have been honouring their obligations with respect to the community levy and that has been able to provide the wherewithal for community institutions to implement projects and programmes for 2016.

He said that some member countries still owed some arrears dating to 2003 but, however, added that they had shown commitment to comply with the payment.

He said that Memoranda of Understanding had been signed with such countries to pay over a period of time.

“There are arrears dating back to 2003, the amount is quite significant.

“They have shown commitment to pay and we have signed a number of MoUs with them.

“They have to have a payment plan for the settlement of these arrears and some countries have pledged to pay over a three-year period.

“Others, because of the magnitude of the arrears, they agreed to pay within four years and we hope they live up to their commitments.”

He added that member countries had paid about 60 per cent of what was budgeted for, for the first three quarters of the year.

He further said that 113.8 million dollars had so far been disbursed to community institutions.

“We are optimistic that they will honour the obligations and we will be able to collect at least 70 per cent of what we projected for 2016; that is a little over 280 million dollars,” he said. (NAN)

‘Mixed fortunes for African economies in 2017’