Democracy, dictatorship and lessons from Ethiopia

For those interested in the transition from dictatorship to democracy in Africa, two recent developments from Ethiopia are quite telling.

In one, and testing the self-determination clause in the nation’s constitution, voters in Sidama elected almost overwhelmingly via a referendum for a new federal state to be carved out for them. The outcome of the process would however take several more months to complete as there are transitional clauses to be worked out.

And just as that formal vote process was being completed, the ruling coalition that has governed the nation since 1991 announced the formation of a new Ethiopian Prosperity Party as a successor formation that would wholly encompass the four key parties within its fold, namely; the Tigrayan People’s Liberation Front (TPLF), Amhara Democratic Party, Oromo Democratic Party and Southern Ethiopian People’s Democratic Movement.

Though the merger has been on the cards since 2008, analysts reason that it has presently come to the fore now as a way of reducing the expanding clamour for ethnic-based self-determination while also taking advantage of the prevalent climate of reform that has enveloped the Horn of Africa nation since incumbent Prime Minister Abiy Ahmed took up the reins of office in April, 2018.

Political watchers say the developments in Ethiopia are indeed quite instructive. Coming on the heels of the changes that have been witnessed in the country for about a year and a half since Ahmed took up the mantle of leadership, indicators however that the ongoing process would require very deft management, particularly as it is coming only months to the landmark 2020 polls which would indeed be the first real multi-party electoral competition to be conducted in the country in the past three decades.

In a tweet that he personally signed, Ahmed however explained that the merger act was a “crucial step in harnessing our energy to work toward a shared vision”.

And as part of this concern, it is notable that one coalition member, the Tigray People’s Liberation Front, which had in fact been the domino force of the coalition prior to Ahmed’s ascendancy has already given its word that it would not join the new party.

Clearly countries like Cameroon, Togo, Zimbabwe, Nigeria and Gabon may need to take an active interest in ongoing developments in Ethiopia with a view to taking away practical lessons on how to unclog systems in the march from dictatorship to democracy. 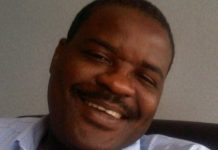