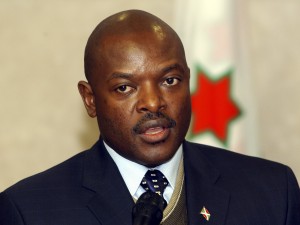 By John Eche, with agency reports

The rising surge of refugees in the string of winding crises  in the Democratic Republic of Congo, DRC may be approaching breaking point currently, sources on the ground say.

According to reports, renewed incidents of violence in notably the eastern Democratic Republic of the Congo (DRC) is pushing more and more Congolese to seek refuge in neighbouring Burundi, Tanzania and Uganda, thus worsening the humanitarian dilemma.

According to the United Nations, ‘thousands of children, women and men have abandoned their homes, in the midst of intensified military operations against Mai Mai armed groups in South Kivu province.”

Babar Baloch, spokesperson for the Office of the UN High Commissioner for Refugees (UNHCR), made the assertion in Geneva, Tuesday.

“Since last week almost 7,000 people have crossed to neighbouring Burundi and an additional 1,200 to Tanzania. It is imperative that people fleeing the violence are allowed safe passage, and that humanitarian access to the internally displaced is facilitated,” Baloch stated.

“Together with the authorities and other partners, UNHCR is transferring the refugees to transit centres and camps – already overcrowded – in Burundi’s north and east,” the spokesperson explained.

The situation is also not been helped by the crisis in Burundi, as in addition to the Congolese citizens, UNHCR is also concerned about the situation for over 43,000 Burundian refugees just across the lake in South Kivu, mainly at Lusenda and Mulongwe.

There is also concern over the crisis, possibly escalating to the proximity of some of the refugee camps.

“Although these locations have not been directly affected by the fighting, it is vital that all parties to the conflict respect the humanitarian character of the sites where refugees are and refrain from activities that could hinder the delivery of humanitarian assistance,” Baloch reiterated.

“The influx is placing enormous pressure on existing shelter, water and sanitation facilities, and many people have no choice but to sleep in the open,” asserted Mr. Baloch, adding that UNHCR was mobilizing relief aid for the reception areas and preparing to transfer the new arrivals to the country’s north-west Nyarugusu refugee camp.

As at the end of 2017, about five million Congolese had already been displaced, with 674,879 of them residing in other African countries, and about 4.35 million internally.