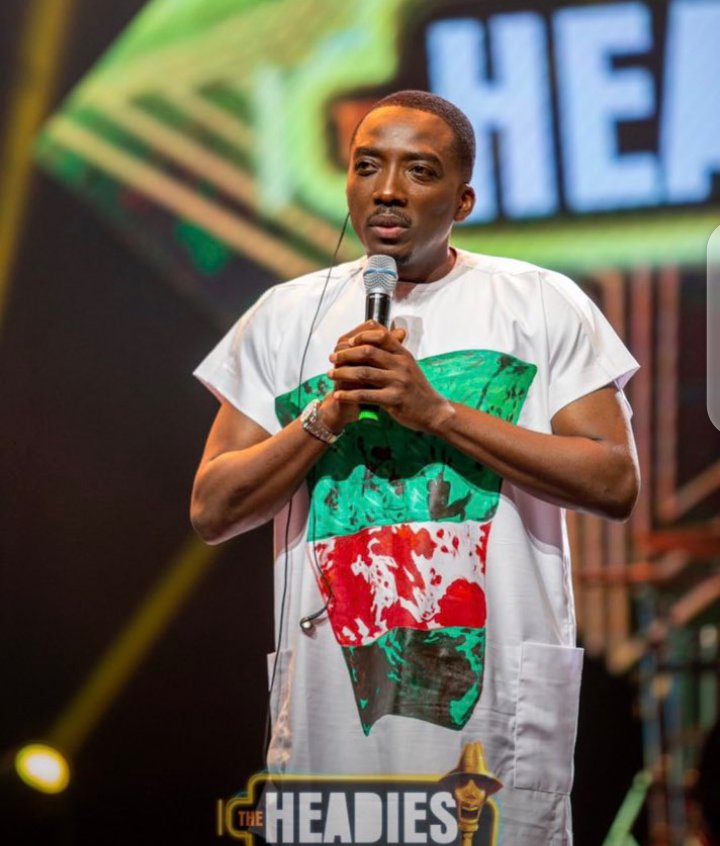 Nigerian comedian, Bovi, at the weekend made a statement at the Headies celebrity show at the weekend, underscoring the fact that the iconic EndSARS protests that had pitched young Nigerians against the police and the authorities in August 2020 was still not going away anytime soon.

The artiste had showed up at the event clad in a gear that spoke to the theme of the security services brutality that greeted the protests when the Lagos State Government imposed a curfew on the state and called in the troops to disperse protesters who had gathered for day at the precincts of the Lekki Toll Gate.

Some observers say that Bovi’s action fits within a broader range of celebrity power support for the aspirations of the young people who had participated in the protests, of which many of them were indeed celebrities themselves.

Some of the celebrity icons that have identified with the EndSARS movement include Davido, Falz de Bahd Guy, Kate Henshaw, MI Abaga and Mr. Macaroni.

The Comedian, Bovi at the event