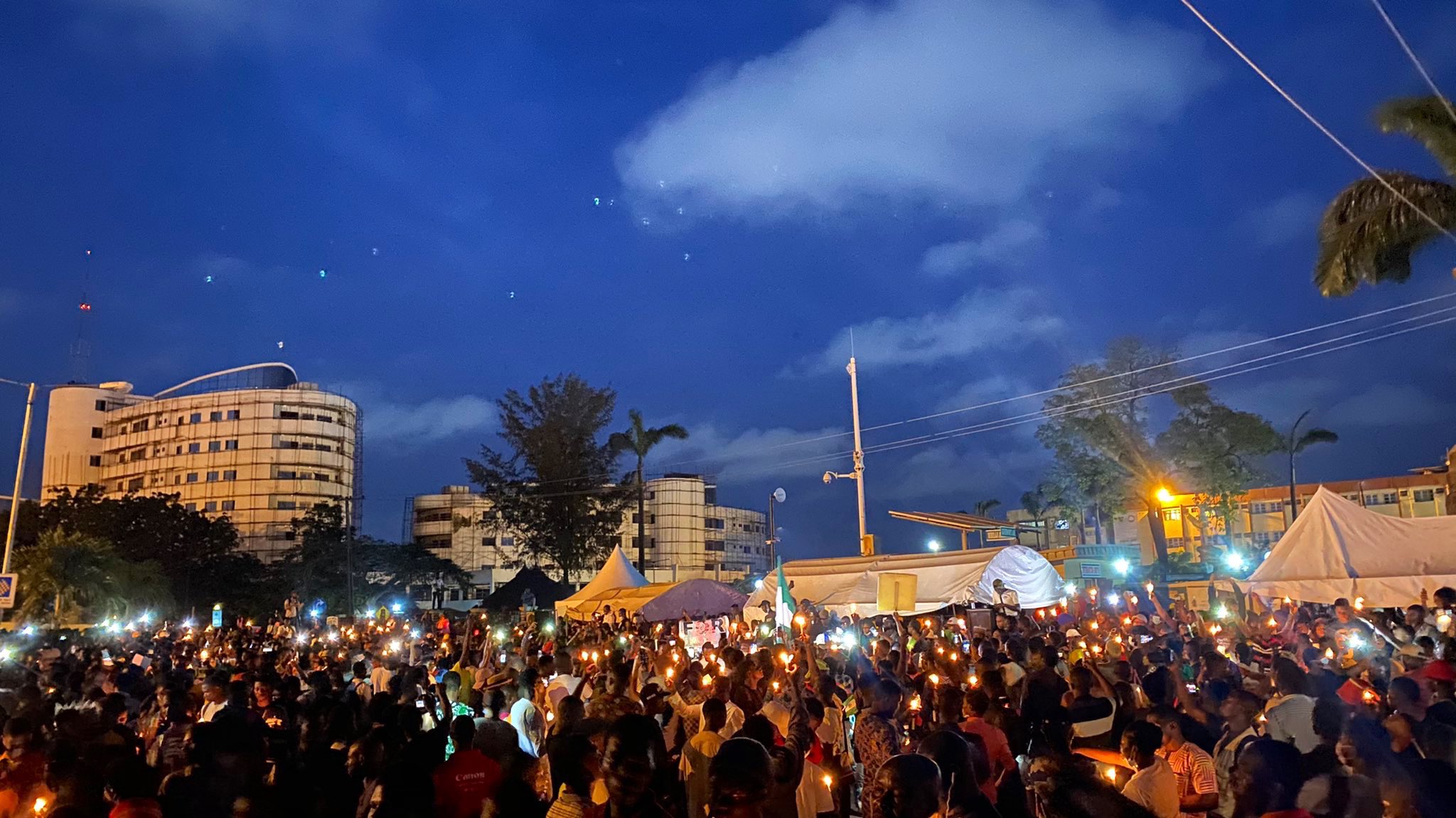 Nigerian protesters held a candlelight procession Friday night to mourn their colleagues who have been felled in the course of the ongoing campaign to confront police brutality in the country and others who have been victims over the years.

The sessions which took place in Lagos and Port Harcourt were part of other companion activities being introduced to their core clamour for police reform in the country. The campaign that began on social media, has since spilled onto the streets, attracting thousands of marchers daily.

The protests which have now entered their second week were called to confront the challenge being faced by particularly young people from a unit of the police force, the Special Anti-Robbery Squad, SARS that had acquired a reputation for hounding young upwardly mobile men, while not leaving out females who have been telling their stories of being raped and molested by operatives of the unit.

The Nigerian authorities have presently disbanded the unit but the protesters say they want to see more steps being taken to ensure that, among other demands, the police is completely overhauled and operatives who have violated the rights of citizens are brought to book.

Analysts say that, going forward, there is indeed a dilemma on how matters would proceed given that the Buhari administration has continued to insist that it has dome what is required in response to the outcry from the streets while the protesters say they remain dissatisfied and want to see more tangible change initiatives being put on the table and implemented immediately.

The protests have equally attracted considerable international attention with the global media, foreign celebrities, governments and multi-lateral agencies weighing in either to express their solidarity with the protesters or to caution the Nigerian authorities on the need to ensure adherence to global best practices in the resolution of the dispute.

On the furore over vote buying