Nigerian international, Victor Osimhen has made a loud statement in support of the #EndSARS protests currently going on in Nigeria and the world.

The talented player, who stars for Napoli FC, held up a t-shirt with the inscription ‘End Police Brutality in Nigeria’ after scoring his first goal for his club.

His goal which came in the 43rd minute, was the fourth in the game in which Napoli convincingly beat Atalanta FC 4-1.

Celebrities and governments across the world have continued to take more than a passing interest in the clamour of young Nigerians for comprehensive overhauling of the police systems in Nigeria.

Vice President Yemi Osinbajo Friday night apologised to the young people and promised that the government would do everything to hearken to the demands of the people.

However, other statements from other government operatives and functionaries suggest that the Buhari administration may presently be torn between pacifists who want a peaceful resolution of the lingering face-off and hawks who want the administration to bare its fangs.

Meanwhile, revelations continue to come to the surface as to the gory activities that had been carried out over the years by the operatives of the now disbanded Special Anti Robbery Squad, SARS unit of the Nigeria Police Force which the government says is to be replaced by a new outfit. 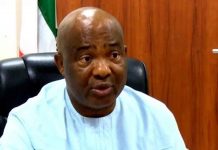 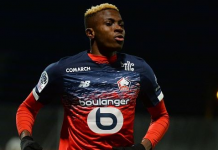