Enugu, Ugwuanyi and ‘politics without bitterness’ 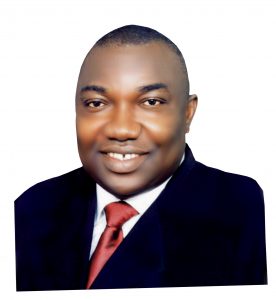 Remember Waziri Ibrahim of the ‘politics without bitterness fame in Nigeria’s second republic?

Well, it looks like another exponent of that philosophy may very well be in the saddle presently in Enugu State. And coming after the very rancorous years when Chimaroke Nnamani and Sullivan Chime respectively held the fort, the salutary effect of this philosophy on the lowering the political heat in the state is indeed already beginning to become most manifest to all and sundry.

According to one who should know, this attitude being demonstrated by the incumbent, Governor Ifeanyi Ugwuanyi has in a very great way helped in uniting political leaders in Enugu. And the fact that this verdict is coming from a veteran Enugu political player, Senator Jim Nwobodo, and one who was very heavily involved, and more so at the receiving end of a most acrimonious political backlash, most notably during the Nnamani years, speaks volumes.

The former Governor of old Anambra State and chieftain of the All Progressives Congress (APC), Senator Jim Nwobodo is therefore applauding Governor Ifeanyi Ugwuanyi for uniting political leaders in the state irrespective of political divide, describing him as a leader with conscience and the fear of God.

Sen. Nwododo spoke at his country home in Amechi Awkunanaw, Enugu South Local Government Area, when he joined other stakeholders and revered traditional rulers in the area to receive Gov. Ugwuanyi at the palace of HRH Igwe Anthony O. Okorie.

The governor was at the Igwe’s  palace with members of the campaign train of the Peoples Democratic Party (PDP) for the November 4 Local Government Elections, for the royal father’s blessing of the party’s candidates in the area.

The APC chieftain explained that he was at the event to welcome the governor because “Gov. Ugwuanyi is the governor of all political parties in Enugu State”, who has conscience, done so well in office and united everyone.

Senator Nwobodo also thanked the governor for the development projects the state government is executing in his community, especially the ongoing construction of a bridge.

The former senator added that he was glad that the era of hate speeches and bickering is gone in the state, stating that “Enugu State is safe because it is in the hands of God”

“I have come to welcome you and tell you that you’re good and I appreciate what you’re doing in Enugu State. You’re a different governor. I have been a governor. A governor who wants to lead well must be for all political parties.

“I’m here because Gov. Ugwuanyi is the governor of all the political parties. I don’t talk about the governor when it comes to politics because he has surprised everybody. He has done so well and has united everyone. He has conscience”, Senator Nwobodo said.

Responding, Gov. Ugwuanyi who first appreciated God for his goodness, thanked Senator Nwobodo for his support and that of other leaders, such as Senator Ken Nnamani, assuring them of more development projects immediately after the rains.

Earlier in his remark, the state  Chairman of the PDP, Hon. Augustine Nnamani noted that the party’s campaign train was at the Igwe’s palace to present the candidates of the PDP to the traditional rulers and seek the blessing of the royal fathers for success of the party at the forthcoming elections.

Political watchers say that Nwobodo’s action may likely be reminiscent of the role played by former Governor Sam Ogbemudia as per his endorsement of former Governor Adams Oshiomhole despite the fact that both of them were in rival political camps.

Jonathan to Buhari: Nigerians do not trust, ...