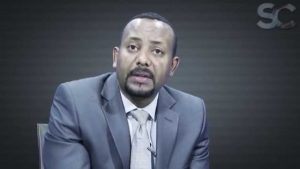 After handing women, an unprecedented 50 percent of all cabinet positions as well as the presidency of the nation, Ahmed is presently requesting parliament to confirm and approve the appointment of a woman as chairperson of the National Election Board

According to sources in the know, the House of People’s Representatives is being requested to replace the incumbent, Ambassador Sami Zekaria with Birtukan Mideksa, a former judicial officer and government critic, who had fled the country at the peak of the repressive rule of the former strongman, Meles Zenawi.

The parliamentary session to confirm the nominee is expected to take place on Thursday.

Mideksa had before her return to the country recently, been living in exile in the United States. She is one of several opposition figures and critics of the previous administration who have presently been encouraged to return and contribute their own quota to the renascent nation-building process being undertaken by the reformist administration led Prime Minister Abiy Ahmed.

A thoroughbred activist, Mideksa had herself founded the opposition Unity for Democracy and Justice (UDJ) party in 2008, and had previously also been aligned with opposition parties like Rainbow Ethiopia, Movement for Democracy and Social Justice and the Coalition for Unity and Democracy.

A vocal advocate for the rule of law and respect for the constitution, upon confirmation, her first task would likely be the supervision of the forthcoming general elections that are billed to take place in 2020.

Ahmed has already made a public pledge that he would personally supervise the conduct of a smooth transition to his successor should his ruling coalition be defeated in the polls.

We are committed to empowering our women, youth – Akeredolu