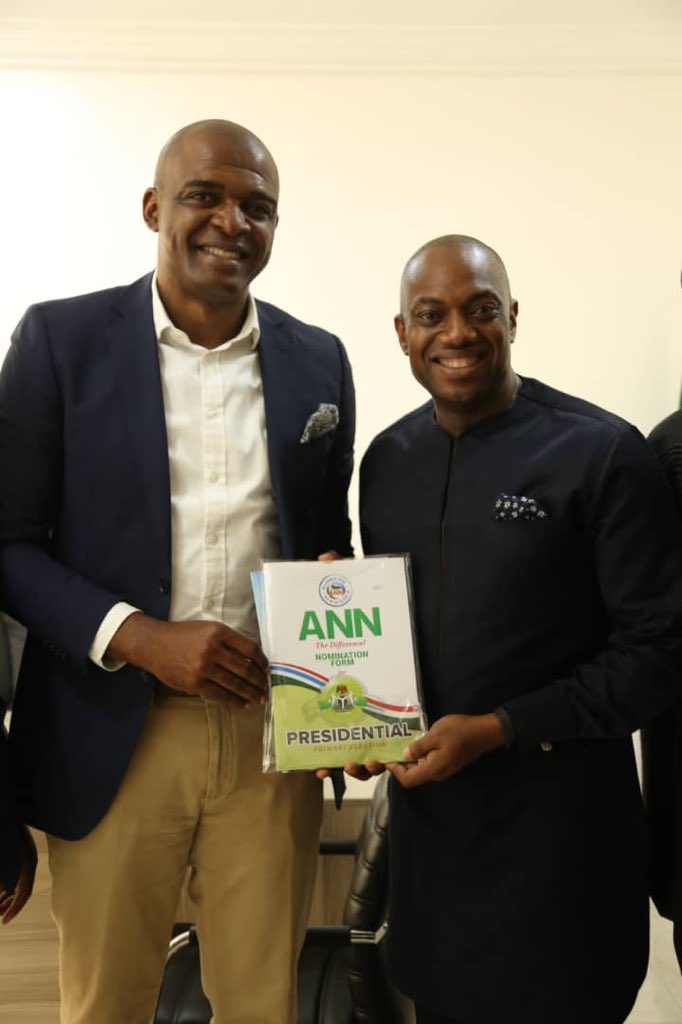 It is political nomination season and motivational speaker and presidential aspirant, Fela Durotoye, Tuesday took a step further in his aspiration to become president of Nigeria in the forthcoming presidential contest in 2019 as he picked up the presidential nomination form of his party, the Alliance for New Nigeria, ANN at the party”s national secretariat in Abuja.

The primaries come up on September 29.

The 47-year old Durotoye, who had emerged winner of the controversial selection process for a newbreed presidential aspirant under the aegis of the Presidential Aspirants Coming Together, PACT, a few weeks ago is expected to run against three or more aspirants who are said to equally be in contention for the same office on the ANN platform.

They include Gbenga Olawepo-Hashim and Dr. Wilson Ikubese.

The ANN is one of the neo-emergent political associations in the country that was formally granted political party status in 2017.

The prwaidential elections proper come up in February 2019.