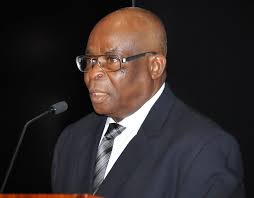 The saga of detained former National Security Adviser, Col. Sambo Dasuki, retd. has returned to the public domain with his family members requesting the Buhari administration to free their son from captivity and give him the privileges being enjoyed by similar ex-security chiefs in the country.

This was the summation made at a press conference in Abuja on Friday, and addressed by a spokesman for the family, Comrade Kabir T. Auwal.

Auwal, who described himself as the Secretary General of the Sultan Ibrahim Dasuki Progressive Association in Sokoto State, stated inter alia:

“The Sultan Ibrahim Dasuki Progressive Association (SIDPA), for and on behalf of the entire members of Sultan Dasuki family, wish to request the Federal Government, under the leadership of Muhammadu Buhari, to respect the rule of law in the case of our son, brother and cousin and the former National Security Adviser (NSA), Col. Sambo Dasuki (rtd) to release him from detention

“Today is two years since the former National Security Adviser (NSA), Sambo Dasuki was arrested and re-arrested in December 2015 after securing his bail condition but ignored by the Federal Government.

“Since his incarceration, Dasuki has been arraigned before four federal courts which granted him bail, while the ECOWAS court, a sub-regional court not only ordered that the FG release him immediately but also order his compensation to the tune of N15 million. The agents of the Federal Government, especially Department of State Service (DSS) and the Economic and Financial Crimes Commission (EFCC) have refused to obey any of the court orders.

“Meanwhile, just recently the DSS had prevented the EFCC from arresting or interrogating the former DG of DSS Ita Ekpeyong by relying on the provision of a proclamation approved by General Abubakar Abdulsalam in 1999.

“The edict, titled Instrument No 1 of 1999, shields Security agencies from external audit and investigation of their financial dealings, making them subject to only presidential review. Why is this not applied to Sambo Dasuki’s who supervised and coordinated activities of the intelligence services when the instrument has not been nullified or replaced by a National Assembly-enacted Act.

“In addition, just recently too, while receiving a report on National Intelligence Agency (NIA) over Osborne Tower Scandal from Ambassador Babagana Kingibe, President Buhari in a statement by his Spokesperson Femi Adesina said the scandal “must be understood that this (investigation) cannot be done in a manner that jeopardises national security or exposes the operations of any intelligence Agency, which must, by nature be conducted in secrecy.” Why is this not applicable to Sambo Dasuki who supervised those agencies during his tenure.

“We and other right-thinking members of his family have deliberately remained silent on his ordeals and persecution, hoping in a democratic government, rule of law would be adhered to. But surprisingly in over two years that Sambo Dasuki has been unlawfully and illegally detained without any court order or warrant, he has been subjected to media trial, scandalized, criminalized, insulted and humiliated not through any court of justice but from the propaganda of the current administration through media trials of falsehood.

“It is on record that Sambo Dasuki served this nation meritoriously in various capacities before his appointment as the National Security Adviser by the previous administration. It is public knowledge that Dasuki had served the previous administration of General Muhammadu Buhari and General Ibrahim Babangida but was against dictatorial regime of General Sani Abacha, before he sought asylum outside the country where he teamed up with other Nigerians in the Diaspora to campaign against that military dictatorship and entrenchment of democracy.

“On the return to democracy, he remained abroad until the administration of President Olusegun Obasanjo invited to serve as Managing Director of Nigeria Security Printing and Minting Company.

“He disengaged honourably after serving meritoriously to continue his business abroad before he was invited by President Goodluck Jonathan to serve as the National Security Adviser (NSA). Dasuki was appointed as NSA when Boko Haram was at its peak.

“It is on record that he recovered more than 24 towns from Boko Haram before the coming of the current administration and ensured that security strategies put in place facilitated the conduct of peaceful elections in 2015 across the country, including in the Northeast states without disruption by Boko Haram terrorism. In one of his official statement he had provided lists and proof of huge military equipment bought to prosecute the war on terror and how they engaged Nigeria’s neigbours to join in the efforts. Yet, the current government doesn’t want the truth to be told.

“In spite of Dasuki’s contribution in taming insecurity in the country, he has been the most maligned public officer through naked falsehood and mischievous information leakages that tend to portray him as a corrupt person. Suffice to say that Dasuki has served the nation with best of intentions yet he remains the only public officer that has remained in detention in the last two years; the only officer that has been granted bail by four courts.

“The FG’s sheer disregard for the rule of law in the last two years, especially as it affects Sambo Dasuki’s incarceration has become worrisome to Dasuki family even when we lost our Father Sultan Dasuki. No nation develops in the absence of rule of law, in which case her extant laws and judicial structures are respected ‎devoid of sentimentality and grudging impunity.

“We are all living witnesses to the fact that some suspects on grievous charges of treasonable offence were released by this same government after clamour and outburst by their people. In Dasuki’s case whose offences are all bailable and granted by the court, he was not allowed to enjoy his bail. The disregard by the government agencies of these orders could not be without the express approval of President Buhari which is most painful and to his inlaw. The judiciary should be encouraged to have the courage to exercise its powers without undue interference by the executive arm.

“Since we are not in a military junta but a democracy, Nigeria’s constitution should not be turned to Military decrees with which rights of citizens are trampled upon without question. We strongly call on the ‎Federal Government to respect rule of law and allow Sambo Dasuki to enjoy his bails, except if the intention of government is to kill him in detention.

“We therefore call on the Federal Government to release Dasuki on bail in compliance with the rulings of our competent courts while it continues with the cases in open court rather than in secret or media trial.”

How the Nigerian, African judiciary fared in 2017