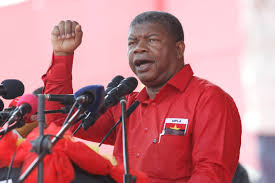 Barely five and a half weeks in office, the new president of Angola, Mr. João Lourenço, may already be demonstrating in the letter and spirit of the word that ‘change’ may have indeed come to the Southern African country.

A long-time protege of long-standing President, Jose Eduardo dos Santos, Lourenco came into office two months ago and has since set himself on fulfilling his principal campaign promises of shaking up the system to the benefit of all Angolans.

Top on the list of changes presently being executed is a purge of the top echelon of the economic, security and political apparatus that had sustained the former regime in which he had served as Defence Minister.

Among those fired last week was Isabel dos Santos, Africa’s wealthiest woman and daughter of the immediate past president. She lost her position at the top of the board of the state-owned oil firm, Sonangol.

Now it is the turn of the country’s police commander, Mr. Ambrósio de Lemos.

According to a note from the Civil House of the Presidency, Mr. de Lemos will be replaced by Mr. Alfredo Mingas.

The police chief is not the only top ranking security chief that has been booted out as the Intelligence and Military Security Head, Gen. António José Maria, was also replaced by Gen. Apolinário José Pereira.