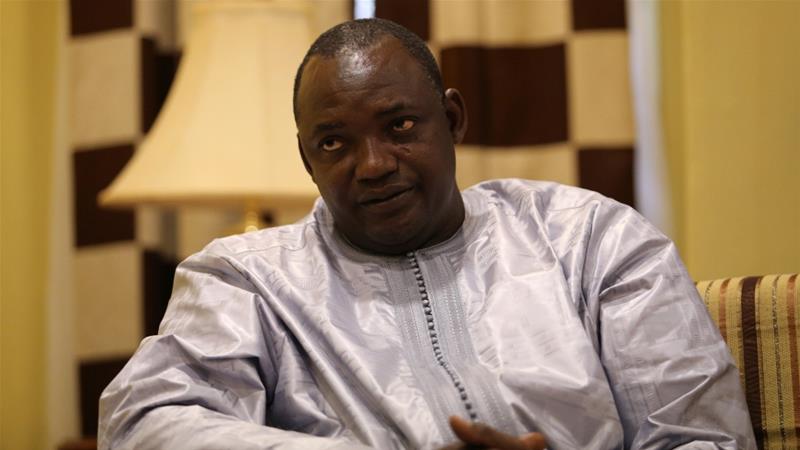 Commission will be all-encompassing – Minister Following the ouster of embattled dictator, Yahya Jammeh and the resumption of office of the elected President of the republic, President Adama Barrow,there is now an anxious wait for the establishment of the promised Truth Commission to probe Jammeh’s rule in The Gambia

Reaffirming its position that The Gambia will set up a Truth and Reconciliation Commission to investigate abuses committed during ex-President Yahya Jammeh’s rule, the justice minister, Abubacarr Tambadou has said that the probe will be a thorough one in which even the finances of Mr Jammeh would also be investigated.

According to him, as part of the outline presently being worked on, people would be encouraged to confess to crimes, and victims would be offered compensation.

It will be recalled that the former regime was accused of widespread torture and enforced disappearances during its 22-year rule.

There were also unconfirmed allegations that more than $11m (£8.8m) went missing from The Gambia’s state coffers following Mr Jammeh’s departure in January.

Since his ouster, Gambians have almost notably lost their fear of political persecution. Views are aired more freely and the doors of notorious prisons have been thrown open.

However, these improvements have not automatically impacted on the Gambian economy with the flow of Gambians to Europe still unabating even as a Gambian has presently being allegedly implicated in this week’s Westminister terrorist attack in London.

On his part, Jammeh had fled to Equatorial Guinea in January after regional troops entered the tiny West African state to force him to accept defeat to property developer Adama Barrow in elections the previous month.

“A Truth and Reconciliation Commission with appropriate reparations for victims will be set up within the next six months and public hearings will be expected to commence by the end of the year,” Mr Tambadou said in a statement.

Former intelligence chief Yankuba Badjie was arrested in January, making him the first of Mr Jammeh’s security officials to be taken into custody by the new government.

No official reason was given for his arrest.

On the crime side, analysts say that there would be at least five notorious cases for The Gambian Truth and Reconciliation Commission, TRC and they include the cases of the Opposition member, Solo Sandeng, who was allegedly beaten to death in detention in April 2016, the journalist Alagie Abdoulie Ceesay allegedly forced to drink cooking oil and beaten unconsciousness in detention in July 2015 and ex-army chief of staff, Ndure Cham who was allegedly ordered to dig his grave and shot dead in 2013 after being alleged to be plotting a coup.

After his election victory, Mr Barrow pledged that his government would not seek vengeance against officials of the former regime, and would instead set up a South Africa-styled Truth and Reconciliation Commission to heal wounds of the past.

Torture methods included the “electroshock of body parts, including genitals and dripping melted plastic bags onto the skin”, it said.

The regime relied heavily on its intelligence agency to target opponents, and was also accused of running paramilitary hit squads.

It denied the allegation, insisting that it upheld the law.

We set up FGK to provide succour – Evbadoloyi

Controversy over increase in corpers’ allowances