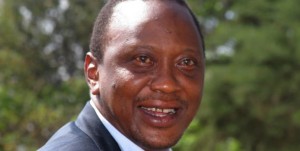 In line with popular demand as expressed in its new constitution, that was adopted in 2010, Kenya has begun the process of taking out the portraits of ex-leaders from its currency and now replacing them with pictures of wildlife that the nation is very famous for.

According to the constitutional provision, the currency “shall not bear the portrait of any individual”.

Accordingly then, the Central Bank has now fulfilled the requirement in the case of coins, with observers hazarding that it is also likely to do the same when it issues new notes in the future.

In a statement explaining the change which comes as the nation marks its 55thy Independence anniversary, the bank stated that the choice of animals gives “physical expression to a newly reborn and prosperous” Kenya, and shows respect for the environment.

The Difference checks reveal that while previous coins bore the images of Kenya’s three ex-rulers: Jomo Kenyatta, Daniel Arap Moi and Mwai Kibaki, the new ones have images of the country’s famous wildlife. They include lions, elephants, giraffes and rhinos.

Commenting on the move, President Uhuru Kenyatta, who incidentally is the son of Kenya’s first post-Independence leader, Jomo Kenyatta, noted that the new coins were a “big change” and demonstrated the fact that “our nation has come a long way”.