Observers say the fight may only have begun 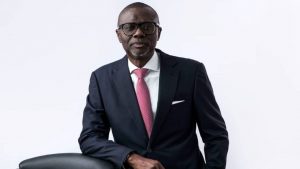 The rescheduled gubernatorial primaries contest of the ruling All Progressives Congress, APC in Lagos State may end up in favour of Mr. Jide Sanwo-Olu, The Difference checks reveal.

This notwithstanding, pundits are hazarding that the acrimony raised by the entire exercise may yet open more frontiers going forward which will very likely have an effect on the state of the party and governance in Lagos in the days following this contest, the general elections proper in February and even going further.

The contest which was expected to hold on Sunday was rescheduled to Monday and now holds today (Tuesday) though there are reports that some voting units had gone ahead to hold their own contests on Sunday and Monday, and in defiance of the very clear instructions of the party.

Before now, there had been efforts to prevail on former Governor Bola Ahmed Tinubu and several other leaders of the party to drop their opposition to Governor Ambode’s second term bid but these were unsuccessful.

In the view of analysts therefore, the mere fact of a winner being declared at the close of the exercise today may very definitely not be the end of the state of crisis that has plagued the ruling party in the state in the past few weeks

The APC and its precedent organisations have been in the saddle in Lagos State for 19 uninterrupted years.