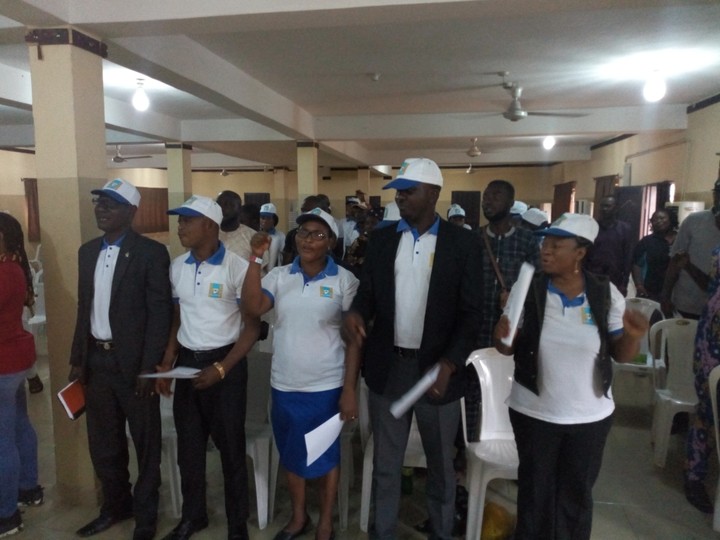 ‘We are ready to give APC, others the fight of their lives’ Rising from its Congress event held in Lagos, Saturday, the Democratic People’s Congress, DPC has announced that its party chairman, Mrs Adeyemi Abiola would fly it’s flag as its adopted candidate for the upcoming 2019 Governorship elections in Lagos State.

The declaration was made at the party’s first Lagos congress where delegates returned about all of the existing state officials. The only exception was the Treasurer who was voted out.

While making her remarks at the event, Adeyemi assured Lagosians of better governance through the party.

The event which was held at Chemline House, Ikeja saw delegates from various parts of the state assembling to elect state executives and also endorse Mrs Adeyemi as the flagbearer of the party in the forthcoming governorship polls.

The party aequally held primaries for it’s candidates for various Lagos State Federal and state constituency legislative positions even as it sent out a clear message that it is battle ready to contend against the ruling APC and other contending entities in the forthcoming elections.

Speaking with the Chairman of the event and publicity Committee for the Congress,  Mr  Adenipebi Mode Adekunle he said that DPC is a unique party that does not engage in the act of vote buying even as it places significant premium on ensuring that it attracts persons with credibility into its fold.

He stated that members of the party had been charged to stand as one as the party remains the only alternative for  a better Lagos, adding that the party has always maintained a principled stand when it comes to issues of openness and accountability.

In her remarks after being adopted as the governorship candidate, Adeyemi promised a better government atmosphere for the people of Lagos State if the party is elected, affirming that the DPC is ready to take over the mantle of leadership.

She added that Lagosian should support the party for the betterment of the state, assuring that all strategies have been put in place to ensure that the party wins the forthcoming elections.

Cross section of DPC members at the Congress