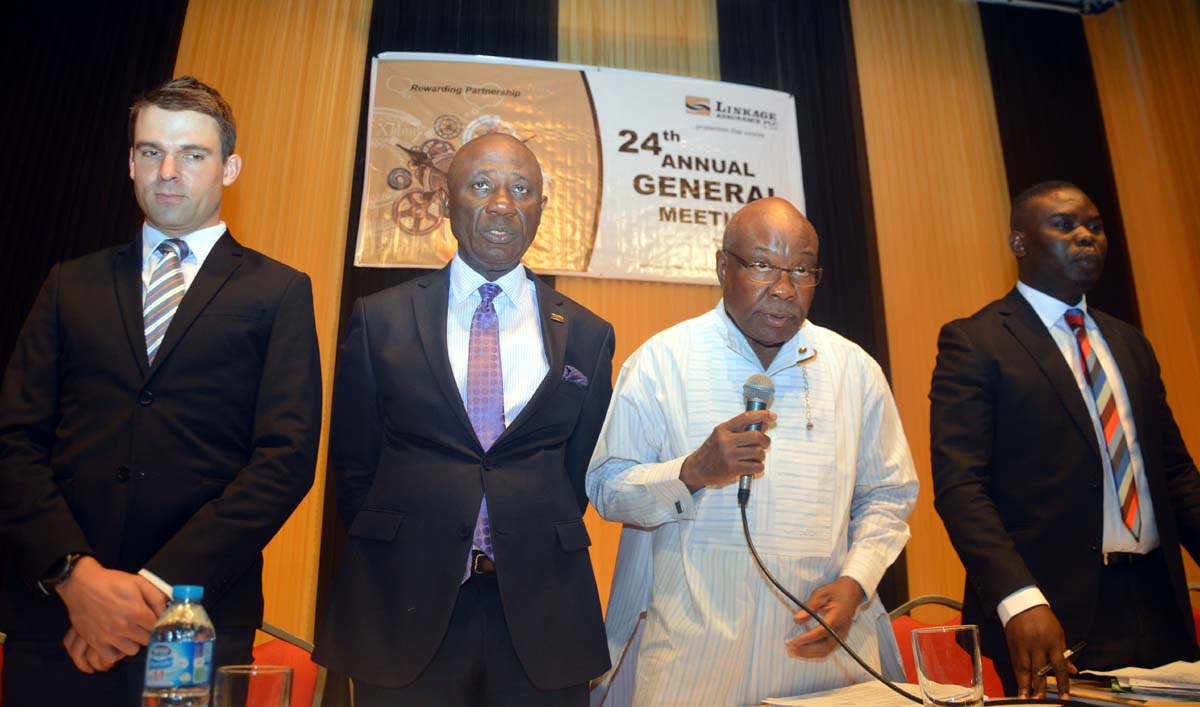 Shareholders of the Nigerian insurer, Linkage Assurance are expressing their excitement over the positive results recently posted by their company, The Difference has learnt.

Indeed, it was commendations all the way for the Board and Management of the firm when shareholders of the company who had waited for so long for a dividend pay-out got 5 kobo per share at its 24th Annual General Meeting held in Lagos.

The shareholders who spoke glowingly on the achievements of the underwriting company in 2017 financial year called on the management and board to ensure sustenance of the growth.

“We urge you to reinforce your marketing team and distribution channels so that there will be more growth in premium and profitability for the company in the coming years”.

Joshua Bernard Fumudoh, Chairman Linkage Assurance Plc  who announced the result said the company in 2017 recorded a gross premium written of N4.10 billion as against N4.03 billion in 2016, while the gross premium income was 6 percent up to N4.186 billion in the review year as against N3.96 billion the past year.

Fumudoh also said the company paid out a total of N1.038 billion in claims in 2017 as against N613.2 million in 2016, underscoring its commitment to her policyholders.

He noted that the company was determined to take advantage of developments in the economy by developing strategic initiatives such as deployment of online portal for selling of motor insurance, as well as repositioning its bouquet of retail products like the Third Party Plus (a budget friendly motor insurance plan) to ensure sustainable growth for the company in 2018 and beyond.

“Continuous growth in customer satisfaction, productive sales in the market and impeccable underwriting and risk management practices will set us up for achievable greatness in 2018, the chairman said.

“We are focused on sustaining and surpassing the gains of 2017 and enhancing reputation and performance. We will further develop our strategy to deliver value to all our stakeholders within a governance framework of prudence and effective oversight as a board.”

For Daniel Braine, Acting Managing Director of the company, going into the future, the company will continue to refine its strategy in line with the political, economic, sociological and technological changes in the industry.

“Also we will continue to develop innovative products, alternative channels of distribution and strategic initiatives that will enable us achieve our corporate goals and objectives. With a medium-to-long term perspective, we believe that we will benefit from growth in these initiatives”, Braine said.

Enduring lessons from the Horn of Africa