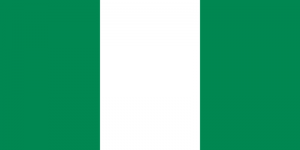 Nigeria’s Minister of Information and Culture, Alhaji Lai Mohammed has stressed the need to fight against the growing menace of ‘take news’ as part of efforts to move the nation forward.

Speaking at the inaugural lecture organized by the Guild of Professional Bloggers of Nigeria GPBN, with the theme: “Combating fake news in Cyberspace”, Alhaji Lai Mohammed emphasized the need to collectively, fight against  the menace of fake news in Nigeria.

He said that fake news has devastating effect on political and economic development.

The minister who declared a total war against fake news maintained that fake news has a high negative penchant to create fear and destroy ongoing developments (rather than building the nation). He commended the Guild of Professional Bloggers of Nigeria for their professional role in the fight against fake news in Nigeria.

Speaking also at the inaugural lecture, the National Publicity Secretary of Peoples Democratic Party (PDP), Kola Ologbondiyan, said fake news has become a major challenge with very negative impact on the global polity. He stated that fake news has the potential to wreek lives, families, relations and businesses.

‘Fake news has been with us for many decades,but it escalated with the advent of the internet, with its boundless space for the social media, and particularly with the emergence of internet, ready personal computer and smartphones with text, photo and videoediting applications.’

On the negative effects of fake nows, he said, fake news has devastating effect on economic, political and social development, particularly in a developing nation like Nigeria.

‘Fake news retards economic activities. It contributes in creating fear, panic and uncertainty fear, panic amidst economic and commercial players, disrupts production distribution and marketing chains and weakens foreign and local investors’ confidence in the system. The deliberate deployment of the instrument of fake news by the APC in its attempt to paint the PDP and its members as corrupt people, ended up de-marketing our country in the international arena and eroded the confidence the world had on our market and business concerns resulting in the current dearth of investment, collapse of businesses, job losses and drop in national productivity.’

He said APC and its officials in our modern politics became purveyors of fake news and had continued to mislead the media, and the general public.

Also in her speech, the Head of the Department of Mass Communication, University of Lagos, Prof. Abigal Ogwezzy-Ndisika was on the opinion that the fight against fake news must be carried out holistically.  Describing the role of the media as one to inform and educate the people, she urged media professionals to maintain basic ethics rather than descend to spreading fake news.

The President AGPA Chris Kehinde Nwandu, who narrated his experience advised journalists to be focused in their news reporting. “The idea of what is today the Guild of Professional Bloggers of Nigeria came about sometime in 2015 while I was an inmate of the Ikoyi Prisons. For those who don’t know, I was arrested in 2015 and kept at Ikoyi Prison for about 18 days over a post I shared on Facebook”.