BusinessTop News
Home›Business›Nigeria out of recession, but…

Nigeria out of recession, but…

Experts caution on the need to further deepen economic growth 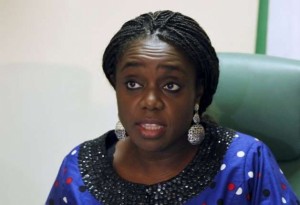 Good news, Nigeria is out of recession, according to data just released by the National Bureau of Statistics, NBS, outlining that the nation has breasted the statistically tape of ensuring two successive quarters of economic growth.

But given the subsisting distortions in the real economy, analysts are cautioning that there is indeed still a lot of work to be done before real and sustained economic relief would trickle down the streets to the mass of the population.

Says the analyst, Teslim K. Shitta-Bey: ‘The economy is still very fragile. Most of the nominal growth has been spurred by the fairly stable oil price around $50 per barrel, relative peace in the once restive Niger Delta region and a major fall in import expenses. We have also witnessed marginal growth in agricultural exports. These pleasant trends mask hideous demons lurking in the shadows.

To keep inflation in check (currently around 16.05 per cent) monetary policy will remain restrictive. In other words the central bank of Nigeria (CBN) will keep a chokehold on money supply by selling a giant-sized basket of Treasury bills on a regular basis. To make such bills attractive the treasury authorities will offer double digit coupon rates that will suck away money from private lenders leaving manufacturers and other commercial borrowers in the lurch. True, recent Purchase Managers Index (PMI) at 53.6 points is well ahead of the 40 points in August 2016, however, that improvement can be attributed to the exchange rate adjustments introduced by the CBN through its autonomous FX window NAFEX.

Most of the Impact of the review has been factored into current prices and output and may not particularly have any further effect on manufacturing activities going forward. So, the second quarter of growth of 0.55 per cent in 2017 is good news but we certainly cannot roll out the drums. So many immediate factors could tip the economy back into a dirty ditch; resurgent Niger Delta militancy, a fall in global oil prices, or simply a rash of silly political manoeuvres that upturn the apple cart could squash recent gains. Anyhow, in the meantime make we chop garri (if we can afford it).’