Demand justice and censure of all involved 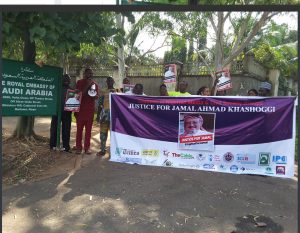 A coalition of media-based Civil Society Organisations, CSOs in Nigeria took to the streets on Friday to protest the death of international journalist, Jamal Khashoggi.

The CSOs who took their protest to the Royal Saudi Arabia Embassy in Abuja also made a public statement to underpin their reactions and demands.

Below is the text of the statement signed by the conveners.

A Tribute and Call for Action in Memory of Jamal Khashoggi, killed October 2 by Saudi authorities inside the Saudi Arabia consulate in Turkey.

A minute silence for the faithful departed.

With deep grief and greatest sorrow in memory of journalists killed in Nigeria and around the world, the Coalition of Nigerian Media and Civil Society Groups are gathered here to make 3 statements:

First, we are gathered here to commiserate with the family and friends of journalist, Jamal Ahmad Khashoggi, and the good people of Saudi Arabia.

We are gathered here to tell the people of Saudi Arabia that you deserve better. You deserve better than a blood thirsty government that kills its citizens at will, and with total impunity.

No human being should ever have to face such a bestial death. Jamal did not deserve to die, let alone in the one place where he should have felt safest in a foreign land – the Saudi Arabia Consulate.

Let us think about it critically. Do we know how many people have died in similar circumstances at Saudi Embassies and Consulates around the world?

And that is why we are gathered here, to tell the Saudi government that injury to one is injury to all. The world abhors the evil perpetrated against Jamal. We are here to say Jamal’s life and death will never be in vain. His blood will keep speaking for generations to come and his legacy will forever remain.

We are here to demand only one thing from the King and the Crown Prince of the Kingdom of Saudi Arabia:

The Second reason we are gathered here is in memory of our own Nigerian journalists, too many killed in the line of duty, and in total impunity.

This month, 32 years ago, we still remember the murder of journalist, Dele Giwa, killed via a parcel bomb delivered to him on October 19, 1986. That case smacks of government conspiracy.

We are here to tell the Nigerian government to take into account that in 32 years since Dele Giwa’s assassination, countless murders of journalists have occurred, and not one has been conclusive to bring the perpetrators to justice.

We therefore call on Nigerian President, Muhammadu Buhari, to do what any conscionable government would do:

Order the reopening of impartial, independent, and transparent investigations into the murders of all journalists killed in the country and ensure their killers don’t go unpunished.

The Third reason we are gathered here is to remind ourselves that:

when Injustice Becomes Law, Resistance Becomes A Duty! The call was sounded, even on short notice, yet we all turned up and decided to take action to defend our civil rights.

We want to say ‘Thank You’ for your presence and your time. Together, we will keep holding our governments accountable to the people.

For: Coalition of Nigerian Media and Civil Society Groups

Protesters at the Royal Saudi Embassy in Abuja 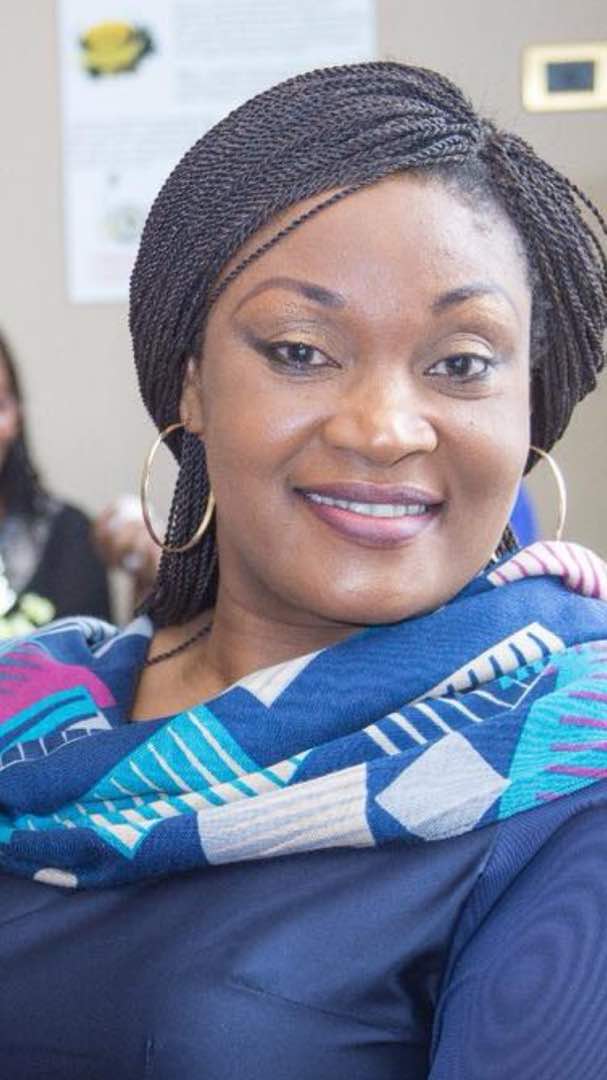