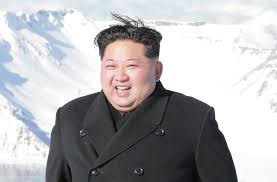 Appreciating the power of tenacity For decades, the North Korean leaders called the bluff of virtually the most influential leaders and nations of the world. To be sure, their methods were in the main obnoxious, if not reprehensible, but today, they have gotten almost everyone that there is to listen to them and to equally permit them a space in the sun.

While the final details of the agreements reached at the summit continue to trickle in, there is still gnawing concern as to whether the North Koreans would now adhere to the agreements in the final analysis. There are also concerns as to how their friends in Moscow and Beijing would respond to this ‘thaw in hostilities.’

These notwithstanding, like them or hate them, in pulling off the Kim-Trump summit in Singapore this week, the North Koreans have made a notable statement. And it is one whose deep lessons such as the power of tenacity, doggedness and courage should not be lost to any one, let alone the people and leaders of Africa.

KILL THE BILL AND KILL THE WOMEN