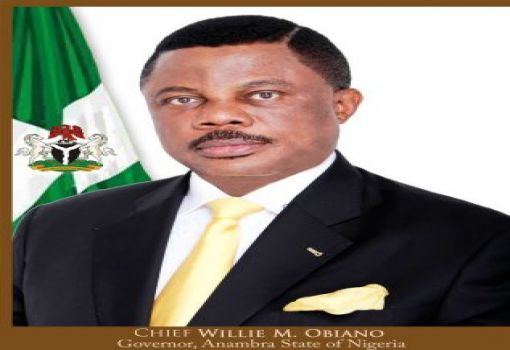 With an eye on the 2023 Presidency, some Northern elders are presently making a case for a Nigerian president of Igbo extraction, The Difference has learnt.

And to give fillip to the idea it is  asking the two principal parties in the country, the All Progressives Congress, APC and the Peoples Democratic Party, PDP to ensure that they zone their presidential tickets to the South East.

They are also calling on political players from all other zones in the country to ensure that they support this outlined course of action to help ensure that the Igbo and the South East would have ample space and support in this wise.

The elders who are assembled under the banner of the Coalition of Northern Elders for Peace and Development disclosed their views through a statement that was signed by their national coordinator, Engr. Zana Goni and the National Women Leader, Hajia Mario Bichi.

Arguing that the seeming emergence of a culture of rotational presidency between the North and South has “helped to douse the political tension in Nigeria,” they “therefore, recommend that it be continued for now for the good of the federation,” noting that since the incumbent President is from the North, “after his eight-year tenure, the next president should come from Southern Nigeria and since South West and South South have occupied the office in the current dispensation, the South East is next in line in the spirit of the rotation principle, fairness, equity and justice.”

“This will bring an end to the manifest marginalisation of the South East. This will foster national unity, and also bring to a close the bitterness of the Nigeria-Biafra civil war, which has lingered for 50 years since the end of hostilities and engender unity,” they explored.

“If all the major geopolitical zones in the country, and especially the major ethnic groups in the country have all been presidents, and in all fairness, justice and equity, we should be looking at the South East to produce the president.”

“There is no denying the fact that the Igbos have contributed greatly to the development of this country. It is time for us all to reciprocate their good gestures through mass support for the next president to emerge from the South East. This is the time for it.”

“We are asking Nigeria to stay true to it. Igbos in South East will give their aspirations resounding support when presidency rotates to their geo-political zone”.

“The creation was for the purposes of using the zones as yardsticks towards ensuring equity, justice and fair play in the sharing and allocation of Nigerian economic, political and social resources among the component parts of the country.

“We have observed that since the inception of the six geo-political zones, it has become a standard for component parts of each of the zones to lean on this arrangement in demanding for fair play in interactions for allocation of resources.

“The Northern elders desire to stand on this zoning arrangement to make a point on 2023 Presidency that is of grave importance to the South-East geo-political zone in particular and Nigeria in general,” the statement concluded.