OKONJO-IWEALA: PROFESSOR WITHOUT HONOUR IN HER COUNTRY

Encomiums and goodwill messages have been pouring in for a while now in honour of Prof. Ngozi Okonjo-Iweala. This is since the nation woke up to the news of her appointment by the South African government as a member of that country’s Economic Advisory Council. At the other end of the spectrum however, the Nigerian public space has also almost choked  from regrets.  The question readily on the lips of very many is, what on earth had prevented President Buhari from drafting the former into the economic think tank of his administration?

Unblinkingly, Prof. Iweala is one of the most sought-after macroeconomists in the world today.  The experience base of the former Director of the World Bank is prodigious. Currently, she is a member of several international boards such as The Nelson Mandela Institution, Harvard University Advisory Council, Rockefeller Foundation and the World Economic Forum.

At the dawn of the 4th Republic after a protracted military rule, the image of the country in the eyes of the  international community was truly in a bad shape on account of an execrable human rights and gross mismanagement record.  Mildly put, Nigeria was on a brink.  The economy was in shambles.

The parlous state of the economy was one of great concern. The Obasanjo administration had no option than to woo Prof. Ngozi Okonji- Iweala who was already at the Bretton Woods institution in New York to come home and join in efforts at salvaging the country of her birth place.  Eventually, she became the Trojan horse used by that administration to reach out to notable international financial institutions that the country was heavily indebted to.  She was seen as someone with a magic wend to alter the Nigerian economy’s sad story.

Her deft handling of her assignment was to result in the subsequent reduction of the country’s debt burden which stood at US$30 billion. This was largely done trough a Debt Management Office, DMO which was established no sooner than she had assumed the office of an economic adviser to the President Obasanjo. In no distant time, the country had begun to reap from her ingenious policy of negotiated debt cancellation.  She gained debt relief from the Paris Club and the London Club to the tunes of US$18 billion and US$ 1.48 billion respectively. It indeed rang at that time as a feat, that almost no other handler of the Nigerian economy had ever achieved.

As has since come out, two mission statements indeed guided the twin tasks before her. In her book: Reforming The Unreformable, (2012), she states that building an economic team of like minds  was a plan she was convinced would assist her to realize her goal of debt cancellation as well as get the economy back on its feet.  Nasir El Rufai, Oby Ezekwesili and Prof. Charles Chukwuma Soludo made it into her team. With this unarguably star studded team, it was easier for her to introduce endearing economic reforms. She inherited an economy which had long suffered from convulsive management, volatile fiscal policies,  huge public spending and institutionalized corruption. The introduction of the National Economic Empowerment and Development Strategies (NEEDS), State Economic Empowerment Strategies (SEEDS) at the state level and Local Government Economic Empowerment Strategies (LEEDS) at the grassroots were to create wealth through the generation of employment and reduction of poverty.

Another seminal reform of the Prof. Okonjo-Iweala-led Economic Team was the introduction of the Excess Crude Account (ECA) or “rainy day fund”. The whole essence was to set aside funds as bail out in a time of depression. In spite of the virulent attacks against the policy by the governors, particularly those from oil producing Niger Delta, President Obasanjo was able to browbeat them into accepting the Excess Crude Account.

By 2004, there was a maelstrom of anger against her policies by the corrupt few that had engaged the media to pooh-pooh most of her economic policies. She was dubbed ‘Okonjo Wahala’ in the media because it was no longer business as usual for importers of petroleum products. Series of threats culminated in the kidnapping of her mother from her country home at Ogwashi-Ukwu in Delta state on December 9th, 2012 following a threat massage that she would leave office in wheelchair for blocking suspect payments to oil  marketers and SURE-P contractors, ( see Fighting Corruption Is Dangerous: Iweala 2018 p8-9).

To discerning minds, her appointment by the South African government didn’t come as a surprise.  Prof. Iweala’s resume displays such enormous competence that can be deployed to overhaul some of the worst hit economies in the world. And the South African economy is far from being that. 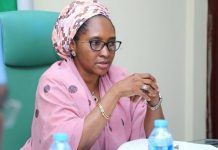 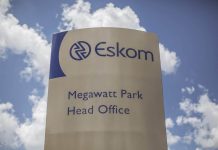 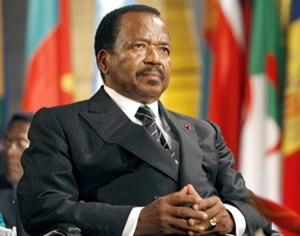