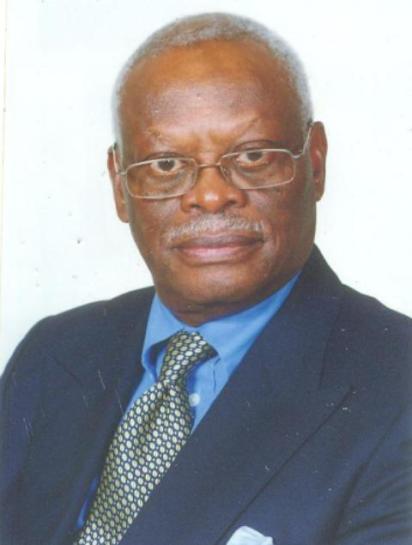 Nigeria has just lost one of it’s most illustrious publishing and book sector champions.
Otunba Olayinka Lawal-Solarin trained as a pharmacist. However, in 1969, an opportunity came to publish a Pharmaceutical Index. He took up the challenge. Literamed Publications was born. His career trajectory would never be the same again.

Literamed has grown to become one of the most notable indigenous publishing expressions in Nigeria. And Solarin has been at the centre of it all.

In a personal way, our paths crossed in 1996. As Secretary of the Association of Nigerian Authors, Lagos, I represented ANA in the steering committee sessions for the Nigerian National Book Week. They were held at Literamed’s Lagos office. They were chaired by Prof Chukwuemeka Ike.

To his credit, Literamed not only participated in several of the projects, he remained a personal bulwark of support for us, even when he did not completely agree with us.

While working on The History and Prospects of the Nigerian Book in 2002, Otunba as many called him, not only accepted to be interviewed for it, he was also to personally attend the presentation event at the Alliance Franchise.

Our many meetings across three decades were chiefly about books. In one session, he’d volunteer a blueprint for boosting publishing, in another, he would talk about how to run stronger and more enduring bookfairs.

Generous and always willing to help, my last three meetings with him remain quite memorable. One was at Utol Schools Nigeria where he had come at very short notice, and upon the invitation of Christianah Temitope Bajela-Oladeji to serve as Special Guest at the School’s Graduation event. A second was at the 2020 AGM of the Nigerian Publishers Association, NPA.

Lawal-Solarin was that kind of person. An irrepressible book and educational sector advocate till the very end. He will surely be missed.

Bringing closure to the #EndSARS debacle