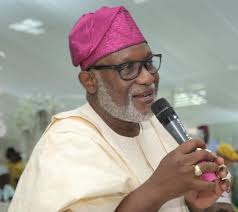 Voting is continuing in the #OndoDecides2020 governorship polls with residents of the Sunshine state and indeed the entire nation waiting to see who among the contenders would emerge winner at the end of the day.

There have been a few recorded incidents including shooting and an boat mishap. However, the prompt intervention of a rescue team ensured the successful evacuation of all victims of the mishap which had taken place in the riverine Ese-Odo area of the state.

Incumbent Governor, Arakunrin Oluwarotimi Akeredolu, who is flying the flag of the ruling All Progressives Congress, APC, cast his vote in Owo. He is locked in what is very clearly a most serious combat with his principal challenger, Mr. Eyitayo Jegede, SAN of the opposition Peoples Democratic Party, PDP.

There have been conflicting claims as to the status of the third major contender in the polls, the incumbent Deputy Governor, Mr. Agboola Ajayi of the Zenith Labour Party, ZLP with some reports suggesting that he had pulled out of the contest.

The results of the exercise are expected to be fully determined by Sunday when the collation and tally of the emergent figures from the 18 local government areas of the state is expected to be concluded. However, polling unit results would be posted at the respective polling centres at the close of voting Saturday evening.

However, unlike was the case with the governorship contest in Edo State last month, news about the polls conduct has however been dwarfed by the coverage of the #EndSARS and #EndPoliceBrutality protests which has continued to spread across the nation, and has now attracted considerable global attention.