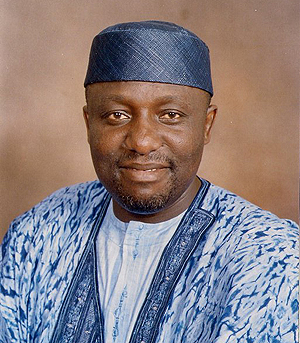 Human rights groups from across Nigeria convened a meeting in Owerri, Imo State in Southeast Nigeria on 9 September 9, 2017 to deliberate on various issues of concern for the protection of human rights in Imo State and south-east Nigeria in general. The meeting took place against a spate of recent demolitions of human and commercial habitation in the State, culminating in the controversial demolition of Eke Ukwu Owerri.

The meeting was attended by over 100 members and representatives of notable human rights organisations. Also in attendance were representatives of organised community and advocacy groups, including representatives of Keke NAPEP Riders, organised labour, Pensioners, retired Permanent-Secretaries, the Owerri Community, Nigerian Bar Association (NBA), Civil Liberties Organisation, Amnesty International and pressure groups such as ‘OurMumuDonDo’ movement and the media.

The National Human Rights Commission (NHRC) as well as the Imo State Ministry of Information were both in attendance as observers.

The meeting received presentations from representatives of affected organisations, interests and communities. In addition, representatives of the conveners also met separately with some senior and knowledgeable assets in the security sector in the state.

On behalf of the conveners, a delegation led by Dr. Chidi Odinkalu, who is also the Chair of the Governing Council of the Section on Public Interest and Development Law (SPIDEL) of the NBA, inspected the demolished market for an on-the-spot assessment. They also visited the family of Somtochukwu Ibeanusi, reportedly killed during the demolition as well as the Federal Medical Centre (FMC) Owerri where some of the injured persons were still receiving medical attention.

The appearance of a pattern of arbitrary demolitions and forced evictions in Imo State;

The impoverishment of pensioners and expropriation of their accrued rights; and

The security situation in south-east Nigeria, especially in the face of the deployment by the Nigerian Army of Operation Python Dance II.

It appears that the Government of Imo State under Governor Rochas Okorocha has pursued what the government calls “urban renewal”. Over the course of the past five years, this project has seen to the demolition of many structures and the forced eviction of families and thousands of people. These include houses and historical sites such as the Mbari cultural centre, shell camp residence of retired and serving Alvan Ikoku College of Education (AICE) lecturers, the Imo State library which the governor demolished and on which he chose to build a Chapel.

Most of the demolitions have been carried out despite pending court proceedings and, in many cases, in disregard of existing court orders. The Ekeukwu Owerri demolition took place despite a restraining judicial order against the Government. Other markets in local communities far away from the capital city of Owerri, such as Amaraku market and Eke Ata, have previously also been demolished in negation of standing court injunctions. Amaraku and Atta are not within the capital territory and are also outside the jurisdiction of the state government as markets are the responsibilities of local governments.

At the time of the demolition, Imo State did not have a Cabinet and there was no Attorney-General or Commissioner for Justice. Governor Okorocha dissolved the Cabinet on 30 May 2017 and has not re-constituted it. There is also no Local Government. Contrary to the structure provided by the Constitution of Nigeria, 1999, the Imo State Governor is in the position of a Sole Administrator of the State. Administrative and institutional processes of due process in the state appear to have been deliberately and systematically subverted.

The resulting failure or appearance of due process in the demolitions has alienated the communities from the objectives of the State government and fed suspicion of its motives. Reports that some sites of previous demolitions had been appropriated by cronies of the Governor were not immediately verifiable but appeared to enjoy considerable support among informed members of the community. Affected persons and communities mostly reported that they had not been compensated and there was no scheme in sight to address that. This is contrary to law and the constitution.

Section 17(2)(c) of Nigeria’s 1999 constitution mandates that “governmental actions shall be humane.” In Imo State, the failure of empathy on the part of the government and the Governor is notable. The mother of the deceased 10 year old Somtochukwu who also lost four shops to the demolition and is nursing twin babies reported that the government was yet to visit to commiserate with her family and even denied that the incident happened.

These demolitions and forced evictions have adverse effects on livelihoods. In all cases, no adequate arrangements have been made to relocate those affected. Alternative sites, where designated, have neither been built equipped nor allocated. Testimonies of the use of disproportionate force in the evictions appeared credible. Reports of discharge of live bullets during the demolitions were also credible. The deployment of assets from the Armed Forces appeared unwarranted except for the purpose of intimidating affected communities.

In support of the demolition of Ekeukwu Owerri, the State Government cited the need to control crime in the vicinity of the market. This desirable objective has now been undercut by the widespread destitution from the demolition, which has rendered many families and young people unable to support themselves. In summary, the demolitions have led to loss of investments, displacement, impoverishment, misery and frustrations for the several victims and their dependents; this and other policies have the very high potentials of leading to a spike in crime which will put further pressure on law enforcement agencies and lead to increase in human rights violations

Pensioners
The government of Imo State, under the administration of Governor Rochas Okorocha has defaulted in its obligations towards pensioners in the State. In 2016, the government instituted measures to address this. Two were very controversial.

First, Pensioners in the State were required to undergo verification. The problem was that Imo State last published or issued a master-list of its public service establishment in 1985. Without a master-list, the verification exercise lacked credibility. The process became the subject of serious allegation of corrupt practice. Allegations that the state government and its cronies smuggled ghost pensioners onto the list were never credibly denied. The process of verification took place under inhumane conditions, requiring old and infirm pensioners to queue for long periods without attention. Some pensioners lost their lives while undergoing verification.

Second, the Rochas Okorocha administration required pensioners to surrender in writing significant proportions of their entitlements – in some cases as high as 60% – in order to receive any payments. Some of the pensioners with no other means of livelihood complied under duress but received nothing even after signing away most of their entitlements. With the assistance of the NBA, the pensioners challenged this measure in the High Court of Imo State, adjudged it unlawful and restrained the State Government from continuing with policies that impoverish pensioners in the State. Despite funding supplements from the Federal Government, the Imo state Government continues to violate the human rights of pensioners in the State and to subject them to impoverishment.

The Human Rights Community affirms that the allegations of corrupt practices in connection with the administration of pensions in Imo State are both serious and credibly attested. An independent investigation into these allegations is called for and those found to be implicated in the continuing impoverishment of pensioners in the state should be brought to account without delay or hindrance.

This meeting coincided with the deployment by the Nigerian Army of Operation Dance II into the states of south-east Nigeria with a declared objective of addressing what the Army referred to as “mindless assassinations (even in religious places), attacks on security personnel and theft of weapons, kidnappings, armed banditry and violent agitations by secessionist groups.”

While the objective of securing safety and security is widely shared, it was felt that most of these objectives fall within the ambit of the primary responsibility of the Nigerian Police Force (NPF). Attention was drawn to instances of un-redressed extra-judicial killings and harassment by soldiers deployed in the recent past in south-east Nigeria and fears were expressed about undue militarisation of peaceful communities.

Many participants in the Human Rights Community expressed grave fears about the methods and means envisioned in the exercise. Attention was called to the expressed design for the exercise to “transit into real time operations, thereby fulfilling both training and operational objectives. Questions were raised as to how this dovetails with the primary responsibility of the Nigeria Police Force for law enforcement.

Participants also recommended that, to assure effective guarantees for respect of human life during the operations, the Nigerian Army should issue and immediately publish for wide dissemination, the operational rules of engagement (RoE) for Exercise Python Dance II. As an act of good faith, the Human Rights Community offered to establish mechanisms of liaison with the Nigerian Army for the purpose of joint monitoring of the operations and also in order to assure amicable community relations.
Pending progress on these proposals, the Human Rights Community resolved to put in place mechanisms to monitor the operations and activities of Operation Python Dance II and to document instances of violation for possible actions including reporting such cases for appropriate action. Individual officers will be held responsible for abuse of firearms, disproportionate use of force or any abusive of civic communities.

Appreciation
The Human Rights Community conveys its appreciation to the NBA, Owerri Branch, to the Civil Liberties Oganisation (CLO) and to the Owerri community for their kind assistance and courtesies which ensured the success of this convening. We transmit our collective condolences to the family of Somtochukwu Ibeanusi, the 10 year old school child reportedly killed in the Ekeukwu Owerri Market demolition. We also transmit solidarity to all the other persons, families and communities affected by the demolition and will remain engaged in the search for adequate and effective remedies on behalf of all affected.