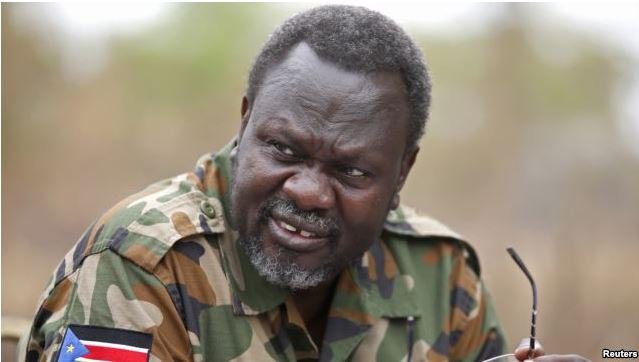 As South Sudan crisis will not go away Embattled South Sudanese President, Salva Kiir has been accused of committing grievous crimes against humanity. This follows a United Nations Internal document that revealed the recruitment of child soldiers by the South Sudanese government in a bid to prepare for the renewed conflict.

The conflict which pitches government forces against troops loyal to the removed Vice President, Riek Machar had flared up once again in the country recently.

In the ensuing tension, Machar has since fled the country, with sources saying he may presently be living in exile in the Democratic Republic of Congo, DRC.

In the recent allegations, a report by Fox News has outlined that a senior politician appointed by Kiir had indeed led the recruitment of the entire village boys in the country. The young lads, who are mostly 12 years of age, were being recruited through intimidation by threatening to confiscate their cattle, which is known to be the major source of South Sudan’s wealth.

The conflict in the Eastern African state has called for great concerns in the international community as various international bodies have stood up against ongoing atrocities in the state.

The Deputy Executive Director of the United Nations Children’s Emergency Fund (UNICEF), Justin Forsyth, made it known that the crisis in South Sudan has led to the recruitment of soldiers. He further stated that the dreams of these children are being ruined and this trend will continue if nothing cogent is being done.

“At this precarious stage in South Sudan’s short history, UNICEF fears that a further spike in child recruitment could be imminent. The dream we all shared for the children of this young country has become a nightmare.” He said

Is recruiting Child soldiers a crime?

Yes, it is a crime. According to the International Criminal Court, it remains a criminal offence to recruit children below 18 years of age. From this end, the grievous activities in South Sudan indicate that Kiir is committing crime against humanity, as well as war crimes.

Beyond the recruitment of Child soldiers, Forsyth has noted that loads of atrocities are being committed in South Sudan. Over 11million have been displaced from their homes, scores of people have lost their lives, massing raping, amongst others.

“The systematic use of rape, sexual exploitation and abduction as a weapon of war in South Sudan must cease, together with the impunity for all perpetrators.” He stated