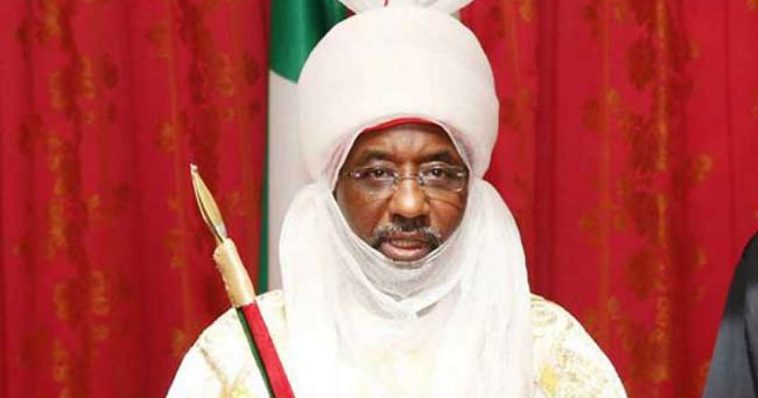 The Sanusi debacle: A tale of power, pride and political preservation
By G. Chijioke Odom, Pstr
Getting on to the moral side of things, the deposed 14th Emir of Kano, Sanusi Lamido Sanusi,  is like former Governor Akinwumi Ambode of Lagos State who edged out better qualified candidates by the terrorism of his godfather, the Jagaban, in order to become governor only to later receive the same treatment.
Sanusi in this sense snatched the emirship of Kano from Aminu Ado-Bayero, first son & rightful heir to the throne of his father, Mustapha Abubakar Ado-Bayero, the 13th emir, in June 2014, by the  terrorism of his sin-partner Governor, Rabiu Musa Kwankwoso who deployed his Kwankwosiya Movement to brow-beat & coral all the kingmakers. Now another Governor, Ganduje, has taken it from him and given it to the rightful king.
Also, when as CBN Governor, Sanusi unilaterally  removed Erastus Akingbola ( leading to Intercontinental Bank’s virtual destruction & insolvency & eventual buy-off by Access Bank), Sebastian Adigwe & Cecilia Ibru – all of whom as the leading banks MDs  he saw as his fierce competitors when he was First Bank M.D, he did so without recourse to, and in utter diregard of,  the BOFIA and particularly the lofty provisions contained in Order 34 of the Act. Now, what goes around has come around!
When he equally claimed that a whole 20 billion US dollars was missing and without any trace in the finances of the nation during the Goodluclk Ebele Jonathan administration, even the US rallied to President Jonathan’s defence, refuted it and said there was no way such a huge amount will be missing without their knowledge. But by that, he, Sanusi had opened the floodgate for all manner of bad blood against the GEJ administration, leading to his suspension as CBN Governor, and the electoral rejection of that adminstration by Nigerians in the 2015 polls.
Time will fail me to mention his numerous moral acts of reprehension.  He is a crusader and activist of note but was in a sense morally profane. The talakawas or commoners in the North could not connect to his sermonisations. For instance, he lived & swam in grandiose opulence while he preached & castigated the elites for being immodest in displaying wealth in the presence of the poverty-stricken masses.
He preached against child marriage but just two years ago allegedly added a 16 year old girl ( infant under the Criminal Code – forget the Penal Code) to his bevy of  beauties. He lampooned the Northern elites for their predilection to, & vociferously crusaded against polygamy but kept a King Solomonic harem in his palace. He attacks the status quo but is entrenched deeply in the same quagmire. What an irony!
Though no one is completely and wholly good ( only God is) but those who seek to come to equity must come to equity with clean hands. As Chairman of The Editorial Board of Daily Independent Newspapers Group during the period he was CBN Governor, I had several interviews with him & wrote scathing editorials predicting that his mercurial nature will ruin his grandiose obsession to become the 14th Emir of Kano after the 13th emir, Alhaji Ado-Bayero.
On several occasions he had worn an emir-designate robe to office as CBN Governor, to the utter consternation of all CBN staff,  even while Ado-Bayero was still alive and in office. I had castigated him by insisting in a very moving editorial that ambition must be moderated by sterner stuff. Now, five years & nine months later in office, his non-moderated dalliance with power & politics on a purely conservative traditional kingship stool has culminated in the bringing down of the entire roof over his own head. And it is in this sense prophecy fulfilled to exactitude. It is also in its own way, a lesson for all power-brokers, especially those who view leadership & elevation through the jaundiced prism of arrogance  & pride.