Home Crime Scam and scammers in a floundering economy

Nigeria: Scams and Scammers in a floundering economy:

Several years ago, apostles of the Russian Professor of Mathematics, Mavrodi brought a scam into Nigeria called the Mavrodi Mundial Movement, MMM. The apostles said it had originated in Russia with an aim of letting money circulate among citizens. The problem was that MMM was an unregulated Ponzi scheme based only on the internet. There was no office and the authorities could not reach out to the operators.

From investigations, this Ponzi scheme was brought into Nigeria by a Nigerian ‘cleric,’ Arthur Mbanefo who had presumably gone to South Africa to spread the gospel but ended up spreading a scam. History had it that he went to Russia where he understudied the scheme, wrote and passed an exam and was given a license to Guide MMM in Nigeria. Back in Nigeria, he handed the scheme over to one Chidi who recruited other two friends. They set up shop in Ogba,Lagos and started recruiting Nigerians into the scheme which was designed as a crowd funding venture of sorts. It ran on a pattern of A paying B and on and on.

Before long, some members of the public borrowed huge sums to invest, some sold family lands and before any could say John the scheme went bust and left behind at its exit, tears and blood all over the place.

To their credit, the authorities, especially the Security and Exchange Commission had warned Nigerians to be wary of investing in the Ponzi scheme but they didn’t give the word of caution much store and many lost huge sums of money in the process.

On their part, the operators told Nigerians that the government wanted them to remain poor adding that there was no crime in people giving and receiving money.

Let me confess that I was one of those who bought this story just as many others but when it crashed as it was bound to, the cries of the losers went up to heavens but there was nothing anybody could do.

Chidi, the lead promoter, organized an expensive wedding for himself, took his wife to an exotic destination outside the country and that was the last that was heard of him. Many years later, he appeared on the scene once again as a major shareholder of a Ponzi crypto currency scheme that also went bust after a few months.

It appeared that Nigerian con men had seen a gold mine in Ponzi schemes and before long many others emerged, including Get Help Worldwide that was touted to have come from America. After a while, the operators claimed their database was hacked and millions of Naira went down the drain. Obviously greed for free money fueled the scheme in Nigeria. To say the least people wanted to ‘reap without sowing’ and their greed led them to losing millions to conmen who are not regulated so that even few who reported their losses were laughed out of police stations for being greedy. Even bankers participated in this grand larceny. Some bank managers allowed their banks to be used for seminars designed to teach people smart ways of making money.

Twin Lad was another Ponzi scheme in recent times that made waves and ran away with money belonging to largely ignorant and greedy people.

But to further trace the origins of scams like this one has to go to Port Harcourt to see a man called Umanah Umanah who took money from people and doubled it in a short while. Umanah had an office but nobody wondered how he did his magic but after a while the Police shut down the business and those yet to be paid screamed but they had lost their money. Some had used their business money for the so called investment. Many didn’t recover and a few committed suicide just as it happened later in the MMM days. Apparently people didn’t learn any lessons from the Umanah Umanah experience. \

You will think Nigerians will learn lessons and give these schemes a wide berth but no. They rather allowed con men to design more schemes and as they say a fool is soon parted from his money.

From Twinkas we saw flipcash that promises 100% in 24 hours, Binance, Diversycash, Heritagebolt, and all kinds of innocuous names to reap people off. Most of the times they approach victims, using faces of pretty women on Whatsapp, Telegram, Facebook, Instagram and other social media of communication to offer mouth watering profits.

Commenting on their increasing prevalence, the lawyer and social media commentator, SegaLink asked that Nigerians should be most wary of the schemes and their antics. In a tweet on Tuesday, he counselled:

I want to plead with you all to heed my call and put a stop to any form of short term, money doubling investment with juicy interest rates right about now. There are too many cases already and it is getting worse. Please stop risking your hard earned money. It ends in tears.’

Indeed, one feature to look out for is the lack of an office address. Many do not have websites as any serious investigator can use their website to find them out. They use Telegram which is easy to disconnect. I asked one operator only last week while he has no office address if he is serious about the crypto-currency investment that he is scamming people about. He had no serious answer, just as many play on the intelligence of hapless Nigerians to rip them off.

This scheme preys on the poverty of Nigerians who are looking for avenues to double their meager resources. It’s the same principle that drives many young men into Betnaija and other betting schemes because they want to win big without doing much work. Nobody tells them to mention one millionaire in Nigeria who made it from a lottery. Even when you tell them that they will regale you with tales of so, so and so, who had ‘hammered’ with very little money.

The operators plant these fake stories while smiling to the banks everyday and it’s no wonder why many betting shops are springing up while factories are closing up. This is a story for another day. The essence of this story is to warn Nigerians to avoid schemes that promise millions for doing nothing and to make it look original, they ask you earn bonuses by referring people. These scammers do not spend money on any form of advertising since it will be illegal to advertise an illegality so they depend on the army of those who think they have earned some money already to broadcast the scheme. You also see them showing off those they claim have travelled abroad or won cars to make people part with their hard earned money.

These scammers can be traced since they use bank accounts with BVN but the Police are busy policing those presumably violating Covid 19 laws rather than addressing this challenge. Nigeria is unfortunately a country where security personnel will prefer to be posted to the highways rather than investigate cases and even when you report a case to them they seemingly rip you off telling you investigation is an expensive venture. Within this climate then, most people prefer, rather than spend more money chasing lost money to lick their wounds. In part two, I will tell you how to avoid scammers or recover your money from them. 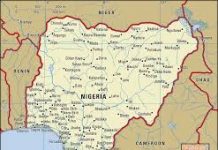