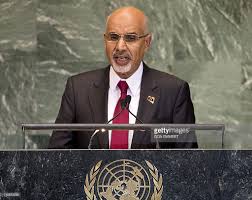 I have read a few accounts on the crisis of Black African slavery in Libya that have been trying to exculpate the Libyan state from responsibility on account of the fact that the country is faced with crisis, some of which is traceable to the Western invasion of that country some years ago.

Now while that act of invasion in itself and its fall-outs have been debated over and over, the truth of the matter is that it is plainly insulting to victims and victim states to hide behind that event in the present circumstance. It is odious.

The truth of the matter is that Arab-African attitudes have never been at its best. Plain fact of this is the coining of the phrase sub-Saharan Africa to refer to Africans, distinct from their geographical associates, Arab-linked Africans.

Yes, we have fought together in trenches to fight western imperialism but the long histories of hostile Arab relations with Black Africans cannot just be wished away even as it remains very visible in the other slave camps in Sudan, Mauritania and Niger. There are indeed issues.

See what Wikipedia says on the issue:

‘As a result of the history of enslavement of black Africans, the word عبد (/ʕabd/ “slave”) is still used pejoratively to refer to black people. In general the word of choice for a black person is عبيد /ʕbeːd/, which is the diminutive form of the word /ʕabd/ and is considered acceptable by many (in Libyan Arabic the diminutive adds an endearing meaning). وصيف – pronounced [wsˤiːf] in Libyan Arabic – which means servant, is also used in some places, especially by older generations to refer to black ethnicities. On the other hand, the word حر /ħurr/, meaning ‘free’, is used by many old people to refer to non-blacks.’

And then there is the sub-text that Libya became an inhospitable location simply because the West invaded it. Not true. The western invasion was built chiefly on a long process of intra-Libyan acrimony. There were already exiles who had been battling the Gaddaffi administration for years and what the West did was to provide support for them.

Of course that shift has caused additional burdens for Libya and the sub-region but it was clearly not the beginning of the negative anti-Black African sentiments in Libya.

Indeed, even in the heydays of Gaddaffi’s glory, he had been engaged in supporting Arab-linked supremacist groups all across the region. The Janjaweed in Sudan and the crisis in Darfur are derivatives of this fact.

Demonstrating their obnoxious attitude, ‘a tweet by Donald Trump accusing CNN of purveying “fake news” was disingenuously used by Libya 218 media to denounce the broadcaster’s report on the practice of modern day slave auctions in the country.

According to it: “the possibility arises that the channel has published the report of slavery in Libya to secure an as yet hidden political objective.”

And even after the Libyan authorities have been forced to announce an imminent investigation into the subject, the country is still trying hard to distort the issues.

Echoing Libya 218, Libyan diplomats in Africa have hit at CNN, saying its reports were designed to tarnish the image of Libya. In one such account, a statement by the Niger ambassador to Libya is used to deny the issue on account of the fact that the ambassador is on tape as having said he did not have any knowledge of a Nigerien citizen being sold as a slave in Libya!

This is one more reason why the AU must not trust Libya and its Arab-linked backers to dominate the narrative going forward. We insist on a very impartial investigation and full outing of the facts. This in our view is the way to go.

To be sure, racism is not only an Arab-linked phenomenon. But in the new world order, where a global regime of human rights observance exists, it is unacceptable and notably, state actors cannot and must not be linked with it. When America’s racism was on the front burner years ago, the state was forced to deploy troops to ensure schools were desegregated and Jim Crow stemmed. We expect no less from the Libyan authorities in this case but that is even after they have taken public responsibility for wrongs committed under their watch.

Party of Nelson Mandela is in trouble