Taming the challenge of unwanted pregnancies

Saving our girls from the scourge of unwanted pregnancies 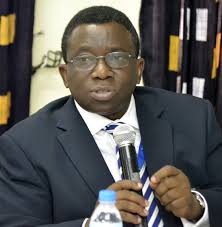 Yesterday was that National Children’s day. Having to grow up in Ikotun – a low Income community in the suburb of Lagos State came with its inherent disadvantages. One of them is the issue of unwanted pregnancies. I saw them now and again.

Obviously, unwanted pregnancies are becoming a daily occurrence in this part of the world, the figures are unimaginable, these cases are condemn-able, sex should only be preserved for marriage and married couples only. That is how it should be, that is how God wanted it to be but is that the case?

Perhaps, the results of these ugly situations confront us in the eye and events that were viewed as an abomination years before are gradually becoming the norm in this present time of detestable civilization. Long ago, the young wife is deflowered by her legitimate husband only after all the marriage rites are met and perfected. Is that the same way this present day?”
Causes of Unwanted Pregnancies
The importance of proper and complete parenting skills can never be over-emphasized, the home is the first place of learning for every new born, he learns a lot from his immediate environment and his parents or guardian play a significant role to direct his character course. Most of us learn our mother tongue from our parents even before we knew what our names were. The most important cause of unwanted pregnancies among the underage is irresponsible parenting, the child suffers immeasurably and the damage it does cannot be estimated.Second on my list is the society, the Nigerian polity has been contaminated in no small measure, the effects of civilization and globalization is a demerit to our sanity because wrongs from more developed climes are been imported to our fragile and dependent environment. Indecent dressing provides a glaring example of the wrongs from the west.

Poverty, the effects of poverty on the rise of unwanted pregnancies are not far-fetched, in a typical average Nigerian family, children are born without adequate financial resources to cater for them, “God will provide”. The spate of unwanted pregnancies is a reflection of what poverty has force many of our young and vulnerable girls into – Prostitution. Sex is commercially sold to whoever can afford to pay for it in a desperate bid to make ends meet.

Pornography and obscenity are another, films, magazines, writings, photographs or other materials that are sexually explicit and intended to arouse sexual excitement in their audience. Deriving from the Greek words porne (“prostitute”) and graphein (“to write”), the word pornography originally referred to any work of art or literature dealing with sex and sexual themes. Pornography is one of the most controversial forms of expression. Societies have long debated whether pornographic works should be subject to censorship, and the question of how to distinguish between artistic works and pornography has perplexed governments ever since they began to take freedom of expression seriously. In addition, the social consequences of pornography have become the subject of intense debate.
Pornography is not the same thing as obscenity, although people often use the terms interchangeably. Obscenity is described as act, utterances, or items (primarily publications and films) deemed contrary to public standards of sexual morality. Obscene items are often called pornography. Because public standards vary, any definition of obscenity is relative to the time and place in which it is formulated. Obscenity has not, in fact, always been considered a public concern. In England, for example, until the early 1700s publishing sexually indecent material was not an offense.

Improper sex education is also one of the main causes of unwanted pregnancies, minors with little or no knowledge about the act, it advantages and ultimately disadvantages will just fall in line just because everyone else are doing it, right? These young adolescents are the most vulnerable in this category, the puberty stage is a turning point in the life every individual, adequate education should be provided to inform about certain changes in the body and behavior; and how to effectively manage these changes. The study of sex and sexuality should be included in secondary school curriculum and that should be more than teaching biology students about spermatozoa. Detailed and comprehensive sex education can make things change positively.

EFFECTS OF UNWANTED PREGNANCIES
Abortion is the deliberate termination of a pregnancy before birth, resulting in the death of the fetus. Induced abortion, the focus of this article, is one of today’s most polarizing ethical and philosophical issues. These cases have in most times brought to the abrupt end in the life of the young and inexperienced mother. The rate of maternal mortality in Nigeria is the highest in the world. This is one of the reasons; most of these abortions are largely undertaken by mediocre and quakes in lab jackets and stethoscopes. Sometimes, the ungodly act results in the total destruction of the womb or death in a worst case scenario. The life of many young promising girls has been cut short.

Shattered/Broken Dreams, unwanted pregnancies have a way of shattering the dreams and aspirations of the young. In most cases, the pregnant mother bears the brunt. We are all familiar with stories like; she got pregnant in her first year in the university, she had to drop out of school because of the stress and financial burden of schooling and child bearing, eventually, she could not complete her education, so she ended up being a house help or a petty trader. Unwanted pregnancies have in most cases being a stumbling block to success and progress of both partners but the lady suffers more.

SUGGESTED SOLUTIONS
The government has the most important role to play, adequate legislation restricting visits or access to pornographic websites, movies and music should be provided and strengthened, the Nigerian movie industry (Nollywood) has done enough harm, the Nigerian Film and Video Censors Board (NFVCB) needs to wake up.

Adequate sex education begins from the parents, the mother especially, should always endeavor to educate the female child most importantly, what the puberty stage entails, about sex and why it should be preserved till marriage. Parents should be enviable role models. The schools at all levels should also play their role.

On the flip side, I would like to appeal to Non Governmental Organizations (NGOs) to step in and do something, the society is drowning, and our girls are dying of preventable abortion. Active NGOs like Women Arise need to be at the fore front of the campaign against teenage unwanted pregnancies. Let’s save our girls, lets save our future.