MMM SHUTS DOWN WORLDWIDE BUT… It is no longer news that the controversial Mavrodi Mondial Money Box (MMM) scheme has now shut down its operations world wide following the death of the founder of the movement, Professor Sergei Mavrodi. Until his death, the Russian mathematician had allegedly sought in his own way to redistribute wealth all across the globe, starting from Russia and then exporting same to the rest of the world, including Nigeria.

In  a statement issued three weeks after the death of Professor Mavrodi, the organization said that with the death of the brain behind the group, it could not go on operating any longer and therefore had to shut down worldwide.

MMM came into being in 2011 in Russia following its formation by Mavrodi who argued there was a need for the poor to help themselves, using a system that will redistribute wealth. He started a business whereby people donated and received money from others. The Russian authorities described Mavrodi’s system as a Ponzi and he was jailed for his ideas after millions of Rubbles were carted away from his offices and in the process people lost money and the business was forced to shut down.

While in prison, Mavrodi won election into the Senate otherwise called the Duma. On his release from prison, he changed the business processes of his funds redistribution network and introduced the use of the internet.  Being a mathematician, he was able to design a system where people could freely exchange money safely without the authorities being the wiser. When he perfected the operations, he then began a gradual exportation of this system and that was how MMM spread worldwide.

In 2011, MMM came into Nigeria through Arthur Mbanefo, a Nigerian pastor who had gone on missionary work in South Africa.  While in South Africa, he contacted Professor Mavrodi and sought a franchise to introduce MMM in Nigeria. He was asked to attend a two week Guider Course in the management of the MMM system which  he did upon which he was granted a license and a two year agreement to run the system was reached between  him and MMM.  On his return to South Africa, he reached out to Chidi to establish MMM in Nigeria. Chidi, known as the main brain behind MMM in Nigeria reached out to two friends and the trio commenced MMM from an office in Ogba, Ikeja in Lagos.  From this small office in Ogba the ideals of MMM spread like wildfire to all nooks and crannies of Nigeria with Nigerians from all walks of life participating.  As would be expected the authorities got wind of the business operations of MMM but since the business was not registered with any of the agencies of the country, there was nobody to hold responsible but nonetheless the govt through the Central Bank warned Nigerians to be wary of the Ponzi scheme as there was nothing to show that indeed the much touted 30% interest that participants were being paid was ultimately sustainable.

In due time, the Federal Legislature also weighed in and warned Nigerians to desist from participating in the ponzi scheme but it appears that the warning rather than stem the tide of the scheme’s burgeoning growth, rather spurred even more frenetic participation as more people jumped on board. The authorities contemplated arrests but it appeared that the Guiders who had become entrenched and rich and were willing to fight it out legally with the authorities. Indeed, the legal authorities seemed to inadvertently support the operators when they advised the law enforcement authorities to proceed with care on their alleged desire to clampdown on the group and its promoters as no law was being broken by the participants who were participating even with the caveat emptor boldly written on the website warning participants to use only spare money; in other words they were participating at their own risk!

While some felt that Nigerians would be scammed some felt it’s a safe investment as long as people donated and received donation within agreed time frames but the party came to an end sometime in November 2016.  It began with a rumour that some Guiders were milking the system by taking out more than they were bringing in.  it didn’t take long for the effect of this to be noticed as people stopped honouring their pledged donations.  Before this time the Chief Guider Chidi married his heartthrob in a loud and expensive wedding where it was alleged that Guiders contributed to buy    an exotic car for the newlyweds. While this was ongoing Chidi and his wife went away on a honey moon but the story on the streets was that the trip was to carry away money gathered by Nigerians.  All efforts to convince people that in MMM peoples money remained with them until they donated it fell on deaf ears and it was not surprising that that the cookie crumbled.  A top Guider in Lagos Moses Ofili told the Daily Independence that the greed of some Guiders was one of the factors that hastened the death of MMM.  Other factors according to Moses who had an office in Lagos where he held seminars to extol MMM virtues and enroll those who were not sufficiently computer literate to run the Provide Help  and Get Help  process by themselves was excess withdrawal by the Guiders and threat by government agencies.  He also blamed poor decision making by the operators as another reason for the collapse.  When people committed infraction against the system the operators were not quick in meting out punishments or even mediated between participants on time with the result that belief in justice in the system waned and some people left even without paying their pledged obligations.

Another Guider Kenny said the system collapsed because the 30% being paid out was just too much as many people querried the type of the business MMM operators were engaged in to be able to pay 30% ROi. MMM operators could not provide credible answers but to repeat the worn argument that they merely brought together Nigerians who were willing to assist others and be assisted by others>  They insisted as Mavrodi did that theirs was rendering a social assistance t o people and helping to redistribute wealth.  They further argued that bankers did same thing but that they were unable to

MMM thus collapsed in the November of 2016 dashing the hopes of participants.  Some said the money they planned to use for their wedding later in the year went up in the MMM collapse and before long there were stories of people dying over their loss in the scheme.  Before the end of the year the operators said they will come back in 2017 and true to their words they retarted in January of 2017 but it appeared that the confidence of the people in the scheme was not fully restored before the restart and so it wobbled for a while and finally went under about March. Nigerians lamented their loss and since there was no company of individual to hold responsible people nursed their loss and moved on but by this time several other types of Ponzi schemes emerged  and such names as Twinkas, Gethelp World Wide just to name just two emerged on the scene.  Some worked for a while and fizzled out and people lost money in these schemes.  What is more surprising is that even now there are several types of ponzi schemes and not so ponzi schemes that Nigerians are participating in.  Moses told the Difference Newspaper that a new version of MMM  will emerge very soon.  H was prophetic as some former Guiders of MMM announced the birth of Green Mavro Global. The operators said they decided to form the new scheme to honour Mavrodi who according to them sought to redistribute wealth.  Already they have opened a new website and recruiting Nigerians to register and participate.  Like the moribund MMM they are also offering 30% ROI saying that having studied  why MMM failed and will eliminate factors that made it fail.  All former Guiders of MMM are being asked to join Green Mavro Global with similar logo as the dead MMM. When the story of the new MMM broke on social media early in the week most commentators advised Nigerians to give it a wide berth and instead work hard for their money. One commentator from Umuahia Rev Steve asked whether the new MMM will refund the money people lost in the scheme and feelers from the camp of the Green Mavro Global said what to do about peoples investment will be discussed before the launch date of this new scheme set for next week.

The Difference Newspaper will keep an eye on developments on these new MMMs which are coming on the heels of the death of the Founder of the now rested and globally controversial ponzi scheme, Professor Sergei Mavrodi.

CAFCC: More pressure for Nigerian clubs as Plateau crashes out 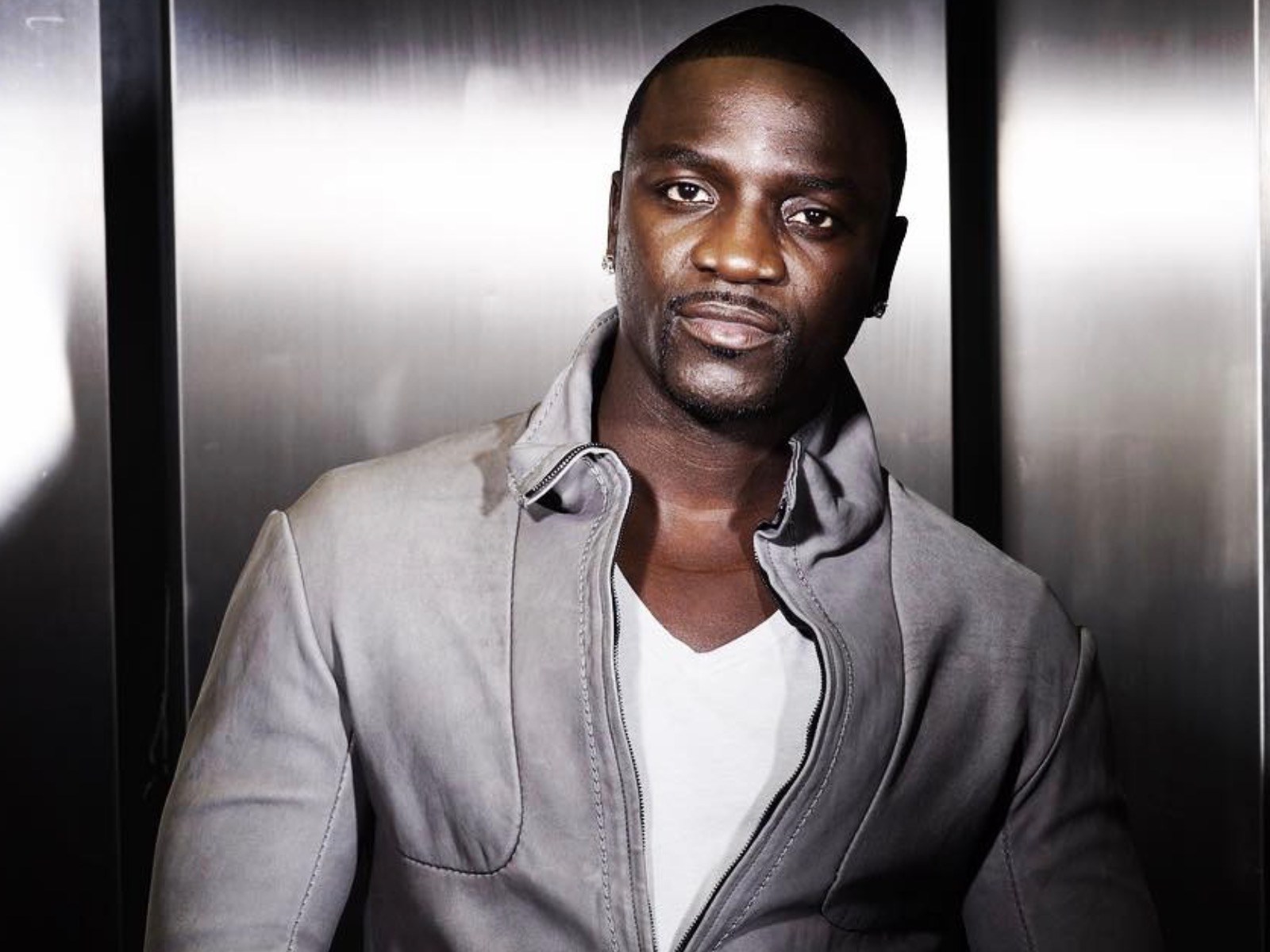