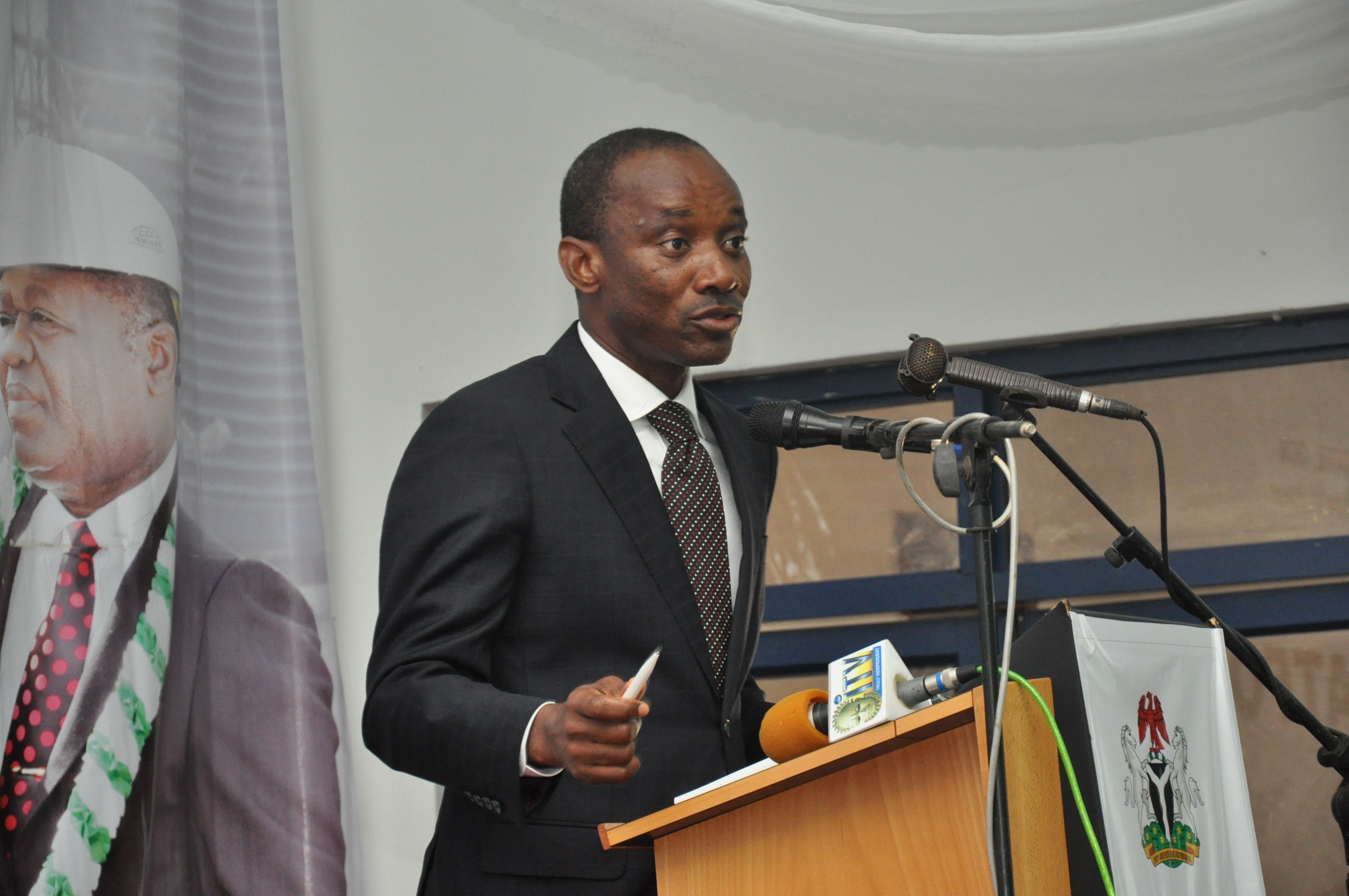 The Tough Challenge for 2019 in Imo As we begin to get ready for the primary and after touring most of the local government areas in Imo State and listening to APGA leaders, I have started reflecting on the lessons and experiences I garnered on this very illuminating political consultation. As I traveled through the length and breadth of Imo State I confronted the criminal abandonment of the rural communities. I am sure the Imo situation will be the same for all the other states in Nigeria. Nigeria suffers huge development deficit on account of the abandonment of rural communities in terms of social and economic infrastructure. This deficit has resulted in massive poverty. We just need to reinvigorate the rural communities and spend a lot of money to build livelihood

This is a bad time to be the Governor of Imo State. The state is grossly indebted and low in IGR (N5.8billion as at November 2017). The physical infrastructure in the state is completely broken. Many parts of the capital are completely flooded during rainy season because of very poor drainage system. Rochas government has destroyed the functional urban design of Sam Mbakwe and has punished the people with the most chaotic urban renewal plan in modern Nigeria. Owerri resembles an apprentice workshop.

So, it is sad that it is such a state that all kinds of persons, persons with no quantifiable experience and expertise in public leadership are jostling to become Chief Executive in 2019. I just hope these aspirants and the party leaders who will make the critical decision will realize what is required of a Chief Executive who will inherit this mess. I hope that these statutory delegates and those who will emerge during the congresses will realize that only a truly prudent and effective leadership will get Imo out of the hell it is in. I hope they will recognize that it is time for credible ideas and tested hands.

The question that anyone who would be Governor of Imo State needs to ask himself or herself is where do I get the money to build the necessary social and economic infrastructure for human capital development and economic production? How do I get the money to build healthcare centers, new primary schools that have roofs, textbooks and teachers who are paid well to be motivated, construct roads and provide stable electricity? Where will the money come, especially as we expect decline from oil revenue?

Consideration for financing of development should be the first concern of a serious Chief Executive of Imo State, a state listed by the Economic Confidential as one of the 11 bankrupt states in Nigeria. In my Community Action Plan for Prosperity (CAPP), I identified that we have to increase IGR in the first two years by over 200% through agro-industrialization. But this rural industrial project will be financed. How do we get the money? The only solution is prudent use of federal allocation. This requires 100% anticorruption and prudent management of resources. This is the reason we have promised to transfer 100% of all allocations to local government to the 21 local government council to be managed under the most strident and accountable scheme by an Expanded Executive Council of ELECTED Chairman and councilors and ELECTED town union president and secretary. It is from this initial endowment that we will finance rural industrialization that will make Imo financially self-reliant and build world class social and economic infrastructure.

So, which aspirant will look away from stealing local government allocation for their state? Which aspirant has the pedigree to prudently utilize local government allocation to finance social and economic infrastructure in Imo State? Any aspirant who does not measure 100% in zero corruption and prudent management of resources does not deserve the vote. He or she will not extricate Imo from the hell it is in. This is beyond party slogan and wearing of party emblem. How will you raise the money to fix the state institutions?

From my experience as a Chief Executive for five (5) years, I have an insight on how to break through this wall of no money and plenty work to do. The first work of the next Chief Executive is the capacity to make significant savings from allocations that come to the 27 local government councils and the state. The level of waste and corruption in the public sector in Imo State has be drastically reduced. The problem is that it will take magic to get a Governor that emerges from this corrupt and convoluted political process who will have the incentives and skills to drastically cut on wasteful expenditure and put the moneys into economic and social welfare

As NERC chairman I faced similar challenges. I drastically cut waste in NERC. For example, the first week of resuming as Chief Executive I ordered the cancellation of First Class flight for everyone in NERC, including the Chairman and Commissioners. The genesis of this radical action was when my office wanted to buy ticket for me to travel for my first official duty in the US and wanted it to be first class ticket. They told me that all persons of my category fly first class in Nigeria. I refused the offer and gave executive order that no one such fly first class in NERC. Before then Chairman and Commissioners flew first class. After then, no one ever flew First Class. Today, it is now conventional that NERC does not buy First Class ticket for anyone. The difference between First Class and Business Class tickets could be up to N1m depending on routes. And for agencies like NERC that could do 10-15 oversea travels in some months that means saving so much money.

Again, we cut off other unnecessary expences. I never had police orderly and NERC spend no kobo on security personnel for its leadership. We also stopped renting hotel venues for meetings and industry consultation. These happen quite frequently. I decided that we use our conference room for these events that we paid hundreds of thousands every other day. By the second year I had taken NERC out of national budget except for very rare capital projects. We committed to funding all recurrent and overhead from local revenue.

From prudent management, we were able to establish the most ambitious staff housing scheme. We saved and invested N2billion into a generous staff housing scheme that ensured that in less than 4 years virtually every staff of NERC became a houseowner. The lowest staff of NERC was entitled to not less than N10m. This facility had only 1% interest and was secured with the several payments of the staff. It meant that staff received great benefit and the organization was protected in the event of failure to pay. When the Senate summoned me to defend why we had to spend so much for staff I convinced them that such investment was necessary to have a motivated and honest workforce. When people praise NERC as the least corrupt agency in Nigeria I hope they realize that it is partly because through prudent management we have provided social security for NERC staff.

As a form of exemplary leadership, I refused to access my own mortgage which was N70million. For me, it was part of leadership to be the last to benefit. I wanted to see a motivate workforce prepared to work hard to achieve legislative mandate. i sacrificed my own entitlement to have the credibility to push the team towards greater sacrifice and service. The prudent management of resources enabled us to save money and invest N2billion in staff severance scheme. This interest-yielding account ensure that every staff that retires from NERC is sure of his or her retirement benefits (severance payment). And of course, we bought a N13Billion corporate headquarters without external (bank) financing.

It is not difficult to change society. But, you must first manage yourself. You must first develop the ethical and technical capabilities to change situations. If you have not developed these capabilities, please don’t compound the problem of the people. And the people, if someone has not developed these capacities, don’t ask such a person to be your Chief Executive.