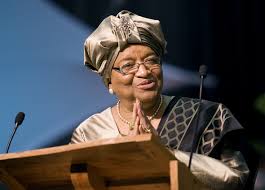 Move likely to be viewed as interference In a move that is likely to be viewed in some quarters as an act of interference in the internal affairs of a sovereign nation, the United States of America, U.S, former colonial master of sorts in Liberia, has threatened to sanction any politicians that by their conduct do anything to hurt the process of further entrenching democracy in that country.

Africa’s oldest modern republic, the West African nation was founded by freed U.S. slaves in 1847, and maintains a special relationship with the United States.

A statement from the U.S. embassy Wednesday defended the credibility of last month’s presidential election there, amid allegations of irregularities and fraud that have delayed a run-off poll.

As part of the build-up of affairs, first-round winner George Weah, a former international football star, was initially set to face the runner-up, Vice-President Joseph Boakai, in a run-off contest to determine who will replace outgoing President Ellen Johnson Sirleaf.

But before this could be done, the third-placed Councillor Charles Brumskine, protested the outcome of the first round, claiming gross irregularities had occurred and accusing NEC officials of fraud, an allegation the body has very hotly denied.

Seemingly taking sides with the commission, the embassy statement added that: “No accredited Liberian, regional, or international observation group suggested that the cumulative anomalies observed reflect systemic issues sufficient to undermine the fundamental integrity of the electoral process.”

This intervention is coming even as Liberia’s Supreme Court has already ordered the elections commission to fully examine Brumskine’s allegations last week, a decision likely to push back the run-off date by weeks and even creates the possibility of the first round being re-run.

Compounding the issue is the fact that a number of first-round candidates, including Boakai, have publicly backed Brumskine’s challenge to the results and echoed his fraud allegations.

The dispute led Johnson Sirleaf, a Nobel Peace Prize winner, to state in a radio address following the Supreme Court decision that Liberia’s democracy was “under threat,” without elaborating.

“Efforts by any actors to impede the expressed will of Liberia’s people for personal ambition could risk goodwill and future investments in Liberia by international partners,” the U.S. statement warned.

Liberia, whose principal exports are timber and rubber producer had witnessed one of the continent’s most brutal civil wars, resulting in the death of one president and the incarceration of another.

A successful conclusion of this process would be most notable given that it would go down in history as the ‘first democratic transfer of power in more than seven decades!’