‘We need to tackle the gender gap in drug policy’

I will never forget the visit I made to the women’s outpatient treatment service at Pereira Rossell Hospital, in Montevideo, Uruguay, in November 2015. I was in the country in my capacity as President of the International Narcotics Control Board and had the chance to participate in a group therapy session with some of the drug-dependent women at the hospital. Many of them spoke about how they had become estranged from their families and communities as a result of their drug dependence, some had been living on the streets; many held their children in their arms. I met Ana-Paula (not real names), a mother in her twenties, whose optimism and warmth I admired, given her ongoing struggle. I was deeply moved by her story of how she had sought treatment for her coca paste dependence upon discovering she was pregnant. She realised she had lost control of her life and wanted nothing more than to have a healthy baby. She had succeeded in not using coca paste for the past few months, found a place to live in a housing centre for women and a job – the money from which she entrusted to her friend for safe-keeping out of fear that she may be tempted to use it to buy coca paste again. Her main concern now was raising her son and planning for his future, and she told us that coming to the treatment service had allowed her to regain control of her life.

Unfortunately, unlike Ana-Paula, many drug-dependent women do not have the opportunity to access treatment and shelter, or are prevented from doing so. All over the world drug-dependent women are ostracized from their communities and left without support. Although women and girls account for one-third of global drug users, only one in five drug treatment recipients is female. Women who take drugs are often stigmatized and discriminated. For this reason the International Narcotic Control Board’s Annual Report for 2016 emphasises the need for drug policies and programmes that take women into account.

For drug policies to be truly effective, we have to consider the distinct situations of men and women. Governments need to take the specific needs of drug-dependent women into account to make sure their rights and those of their families are protected. Unfortunately, many drug-related policies and programmes worldwide still fall short in this regard.

Our Report shows that female prisoners and sex workers are at particularly high risk of drug use.

If we look at the past fifteen years we see a major increase in the number of women arrested for drug-related offences and, once imprisoned, female prisoners are much more likely to become drug users than men. When women are imprisoned, family life is often greatly disrupted.

There is a strong link between sex-work and drug use; women may turn to sex work as a means to support a drug-dependent lifestyle, while sex workers may use drugs to cope with the demands and nature of their work. Sex workers in many parts of the world are prevented from accessing treatment due to stigma, judgmental attitudes as well as the discomfort felt by the women themselves in predominantly male-attended treatment centers. Drug-dependent women with children may also be reluctant to access treatment out of fear that they will be seen as unfit mothers and that their children will be taken from them.

One-size-fits-all drug policies are not enough. We need better-informed policies, a more efficient allocation of sorely-needed resources and prevention programmes which are targeted specifically at pregnant women, sex workers, people living with HIV/AIDS and prisoners.

All this is essential if we want to protect and improve the health and wellbeing of women and move closer to a solution to the world’s drug problem. It is my hope that this will ultimately give more women like Ana-Paula the chance to regain control of their lives and provide brighter futures for them and their families. 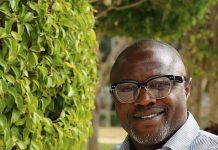 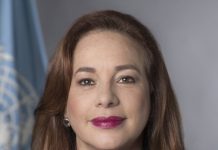